Please ensure Javascript is enabled for purposes of website accessibility
Log In Help Join The Motley Fool
Free Article Join Over 1 Million Premium Members And Get More In-Depth Stock Guidance and Research
By Reuben Gregg Brewer - May 28, 2016 at 8:22AM

China's largest bank just extended its reach in the gold market. Here's why.

You have to put all of that gold somewhere.

ICBC Standard Bank just made a huge bet on gold. Although the details weren't disclosed, China's largest bank now owns one of just seven secret gold vaults hidden in London in what is something of an exclusive gold market. Here's what you need to know.

China's ICBC is the world's largest bank by assets. And according to the BBC, China accounts for roughly 25% of global gold demand. So clearly, ICBC needs to be involved in the gold trade in a big way.

However, China isn't the world's hub for gold trading; that distinction goes to London. In other words, if ICBC wants to be a bigger player in the market, it has to have a place at the table...in London. And now it does. The vault was opened by Barclays in 2012 and can store up to 2,000 metric tons of precious metals, including gold, silver, and platinum. Although this is a pretty hush-hush industry, it's reported to be one of the largest vaults in the London market.

What's the bank really getting?

George Soros recently purchased shares of Barrick Gold (GOLD -0.24%). He clearly thinks gold is heading higher and that this will, in turn, benefit Barrick's shares as the value of its key commodity goes up. On the other hand, John Paulson, long a gold bull, reduced his stake in SPDR Gold Trust by a million shares between the end of last year and the start of the second quarter (roughly 17% of his gold stake). Since he still has a huge position, that looks more like he's taking some profits than betting against the yellow metal.

But here's the thing: These two famous investors are making pretty direct bets on the price of gold. ICBC's massive gold vault buy isn't exactly a bet on gold prices. And it certainly isn't a reason to run out and buy the metal (though some may see Soros' Barrick investment as such a signal). The vault purchase is more of a play on the gold trade, as ICBC acts as the middle man between gold owners, buyers, and sellers. Here's what that means. 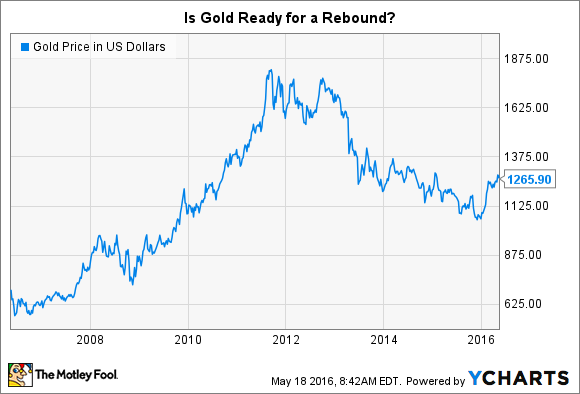 Although gold is used in industrial applications and in jewelry, one of its biggest uses is as a store of value. That means people, companies, and financial organizations are buying gold simply to own it. But you don't want to keep a lot of gold just sitting around -- you need to put it in a safe and secure place. You or I might use a safe deposit box for a gold coin or two, but when you're talking about a lot of gold (think thousands of pounds), that just won't do. So big investors have to use secure vaults.

Like our safe deposit boxes, these big investors have to pay for the privilege of storing that gold. ICBC is now in a position to benefit from the fees it can generate from storing other people's gold. Equally important, though, is that this move could broaden the company's customer base. By having a location in London, ICBC will now be able to work with customers who wouldn't be comfortable storing their gold in China.

In fact, the vault purchase extends ICBC's recent advances in the gold market. For example, just a couple of weeks ago, it became a member of London's precious metals clearing system -- the first new member in over a decade, according to The Wall Street Journal. This is where members settle trades for clients. And ICBC also recently started submitting prices to the London Bullion Market Association, which runs a key gold benchmark.

ICBC is clearly looking to get bigger in the gold market. But that's a far cry from betting on the direction of the metal; Soros and Paulson are making those kinds of bets. ICBC is simply setting itself up to be a bigger player in facilitating the trade and storage of gold and other precious metals. Kind of like selling picks and axes, which often turns out to be the better business over the long term.