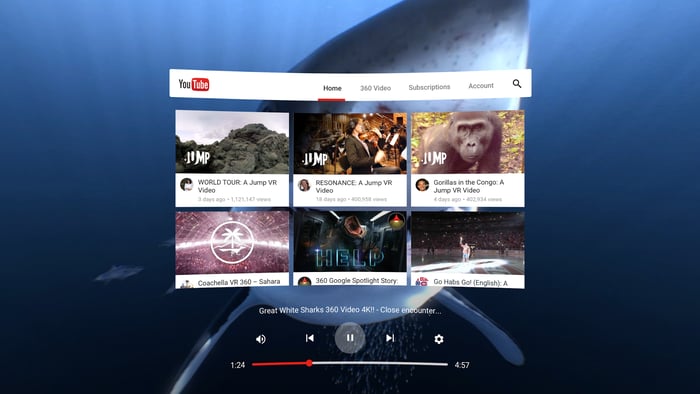 Alphabet's (NASDAQ:GOOG) (NASDAQ:GOOGL) Google has a social thinking problem. It sees the world tweeting and making Facebook (NASDAQ:FB) posts, and it wants in on the action. As the world's top dog in online advertising, social media is a growing canvas worth painting. As the undisputed champ of search, it wants to be sure that it stays close when someone on a mobile device or PC is on the cusp of looking for something that Google can deliver in the form of a lucrative paid spot.

Alphabet has known for some time that Facebook would be a monster. It responded with Google+ five summers ago, and before that, we had Google Buzz, Google Friend Connect, and Orkut. Giving everyone with a Gmail or other Google account a Google+ page automatically was brazen, but there's probably an old adage about leading a horse to a Google+ account but not being able to make that horse use it.

Google+ has plenty of nifty features, but user engagement remains low. You need active participation for any social platform to succeed, and for now, nobody has come even close to Facebook with its 1.71 billion active monthly users. Thankfully for Alphabet, Google+ is not its only way into a plum role in the social media revolution. Alphabet also owns YouTube, which unlike Google+, has always been a hotbed of social activity.

The revolution will be streamed

VentureBeat is reporting that YouTube will be rolling out Backstage later this year, a feature that will allow channel creators to share photos, polls, links, text posts, and videos with their subscribers. Backstage will be available initially to the platform's biggest stars with limited features, but it's fair to say that it will trickle down to the masses once users begin to engage with the social toys.

It's a smart move. We live in a world of poll tweets, Pinterest boards, and Instagram shares. YouTube doesn't have to lose its video identity in the pursuit of these forms of engagement. YouTube itself has always been a social hotbed through comments on videos and channels. Make it easier for folks on the site to broadcast to folks that have opted in for those transmissions and the site's virtual podiums suddenly stand taller.

The biggest advantage that Google's YouTube has over Facebook is that it provides seamless monetization tools. If you command a large audience on Facebook, you open the door to countless possibilities to make money, but on YouTube, it's just a matter of joining the site's revenue-sharing program and then allowing Google to slap ads on your videos. If posting a photo on YouTube is more lucrative than Instagram or if running a poll on YouTube can be more profitable than Facebook, don't underestimate the power of Backstage to make YouTube a worthy pest for Facebook.

Alphabet's classic video-sharing site can't afford to stand still. Video activity continues to ramp up on Facebook, and it seems as if viral videos -- particularly live-streams that make headlines -- are originating on Facebook more and more these days. Facebook is gaining ground on YouTube's turf. It's only right for YouTube to bring the battle back to Facebook's social stronghold.