Please ensure Javascript is enabled for purposes of website accessibility
Log In Help Join The Motley Fool
Free Article Join Over 1 Million Premium Members And Get More In-Depth Stock Guidance and Research
By Rick Munarriz – Sep 15, 2016 at 9:07AM 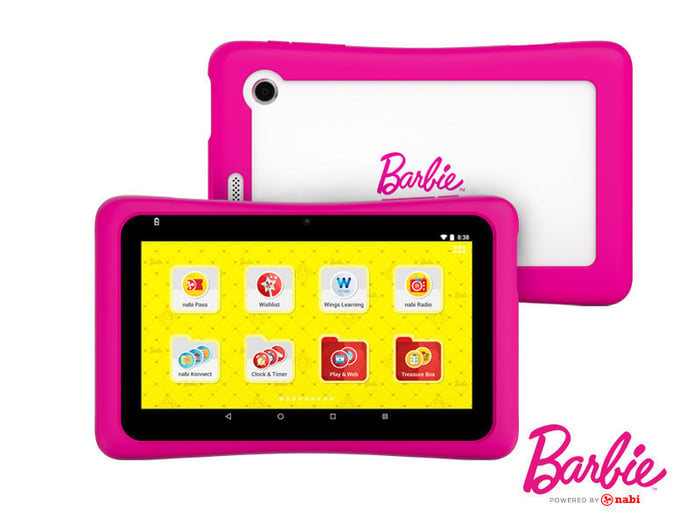 They say that two negatives make a positive, but that's probably not the case with Mattel's (MAT -0.61%) attempt to combine a fading toy line and a fading tech platform into a hot holiday plaything. Mattel introduced a new line of tablets yesterday, themed to Barbie, Hot Wheels, and American Girl.

The tablets will hit the market next month at $79. They are the handiwork of nabi, the once-popular kid-friendly tablet maker that Mattel snapped up in bankruptcy court for a mere $21 million earlier this year. The fact that nabi's parent company was available in a pitiful bankruptcy auction -- just weeks before niche leader LeapFrog also sold itself at a fire-sale price -- probably tells you everything you need to know about the market's appetite for more kid-geared tablets.

The Barbie tablet features dozens of Barbie-themed apps, games, and videos. One of the apps offers users the ability to create their own Barbie superhero comics. The Hot Wheels and American Girl tablets offer apps, clips, and sound effects themed to the Mattel properties.

Mattel isn't at its best these days. Worldwide net sales declined 3% in its latest quarter. Barbie sales may be bouncing back, but the performance was stacked against an 11% slide a year earlier and a 15% decline the year before that. In short, it's not where it was three years ago. Strength for Barbie was offset by a sharp dive for American Girl dolls.

This won't be the first holiday season that Mattel tries to woo holiday shoppers with a tech-backed Barbie product. It introduced Hello Barbie last year. The interactive doll using voice recognition software and Wi-Fi connectivity to generate a conversation with Barbie.

Hello Barbie hit the market at $75, a similar price point to the $79 tablet. It didn't fare well. Most of the reviews on Amazon.com (AMZN 0.58%) rate it a single star, the lowest possible rating on the site. It's selling there for just $40. It's fetching slightly less at some real-world retailers.

This doesn't mean that this year's $79 tablet will be selling for half that price next year in some clearance bin, but it's an image that may now be seared in your brain. If if happens, it won't surprise anyone.

Is there potential in a pink Barbie-themed electronic device? Sure. In a world where hoverboards and drones emerged as hot playthings of 2015, it's safe to say that anything can happen. However, we can't ignore that Amazon -- home to its one-star reviews -- is selling proprietary tablets that do a lot more than these kid-friendly gadgets for just $50. We can't ignore that kid-oriented tablets have been a hard sell. This doesn't seem like a good idea, but we'll find out in a few weeks if it's taking off or sputtering out.

Rick Munarriz has no position in any stocks mentioned. The Motley Fool owns shares of and recommends Amazon.com. We Fools may not all hold the same opinions, but we all believe that considering a diverse range of insights makes us better investors. The Motley Fool has a disclosure policy.

Should You Buy Mattel After Disney Toy Deal?
351%