Please ensure Javascript is enabled for purposes of website accessibility
Log In Help Join The Motley Fool
Free Article Join Over 1 Million Premium Members And Get More In-Depth Stock Guidance and Research
By Beth McKenna – May 26, 2021 at 10:00AM

The 3D printing company's recent acquisition marks its commercial entrance into the burgeoning bioprinting space, in which it had previously been involved only through a research collaboration.

3D Systems (DDD -3.73%) stock soared 35% earlier this month after the 3D printing company's release of first-quarter 2021 results that sped by investors' expectations. Excluding divestitures, its revenue jumped 17% year over year, and it was profitable from both an adjusted basis and according to generally accepted accounting principles (GAAP).

While it's still relatively early in the company's turnaround, things have been looking brighter over the last couple of quarters. Revenue is growing, debt is gone, cash flow from operations is positive, and non-core assets are being divested.

One of CEO Jeffrey Graves' smartest moves, however, hasn't received the attention it deserves: increasing the company's push into the burgeoning 3D bioprinting market. 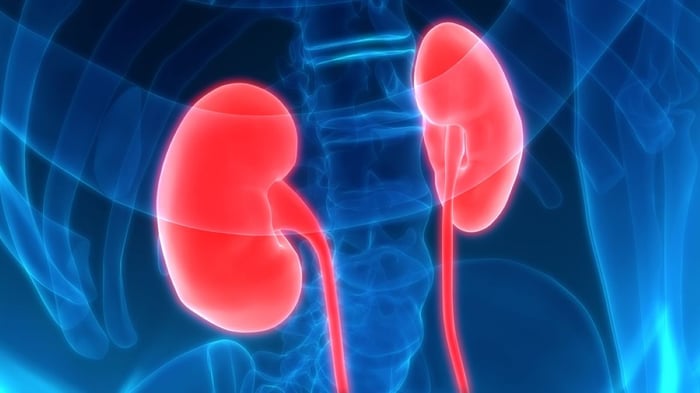 The Holy Grail in bioprinting is to use the technology to produce fully functional solid organs for human transplant purposes, though there are also potentially lucrative applications over the nearer and intermediate terms. Image source: Getty Images.

3D Systems is beefing up its 3D bioprinting chops

3D Systems has had a bioprinting collaboration with biotech company United Therapeutics (UTHR -0.17%) since 2017. The goal of this collaboration is ambitious: to use bioprinting to produce solid organs for human transplants, beginning with the lung. While this partnership -- inked during the tenure of 3D Systems' former CEO -- has massive potential, any revenue generated from it is likely many years away.

The Allevi acquisition is significant because it represents 3D Systems' commercial entrance into the bioprinting market. On the Q1 earnings call, Graves said bringing Allevi into its fold makes the company well positioned across a broad range of market applications from "near-term laboratory applications [drug discovery process], medium-term human applications [such as the printing of bones, arteries, and soft tissue] and longer-term human solid-organ applications in the exciting emerging field of regenerative medicine."

Allevi (formerly named BioBots) was founded in 2014 by several then-recent graduates of the University of Pennsylvania. The company develops bioprinters, biomaterials (also known as bioinks), and specialized laboratory software.

On 3D Systems' Q1 call, Graves said that "Allevi has established a strong technology base, brand, and distribution network for this rapidly emerging market with a presence today in over 380 medical and pharmaceutical laboratories in over 40 countries." This reputational and market presence information isn't surprising, as Allevi garnered accolades from its inception. As I wrote at the time, the company (then BioBots) bested more than 500 entrants to win "Most Innovative" honors at the South by Southwest 2015 Accelerator venture competition.

3D Systems didn't release sales data for Allevi, but Dun & Bradstreet pegs its annual revenue at about $1.9 million. While this figure is just an estimate, it at least gives us a ballpark idea as to Allevi's size. 3D Systems generated revenue of $146.1 million in the first quarter, so its annual run rate is about $584 million. Allevi's revenue isn't currently material to 3D Systems' top line, but with its scale and cross-selling opportunities, 3D Systems has the potential to quickly ramp up its new bioprinting business.

I'll close as I did in my 2015 article on this topic as it's still very apt -- and even more so, as bioprinting has made technological advances since that time:

3D bioprinting has mind-blowing potential to help humanity -- and make a mint for the company or companies that develop a successful strategy. The Holy Grail, of course, is the potential for the technology to print fully functional solid human organs for transplant. More than 6,000 people in the United States alone die each year waiting for a transplant. [The current statistic varies by source, so suffice it to say that it's a little higher now.] However, even if that goal is never reached, the potential implications of bioprinting are still staggering, given it could greatly increase the speed and safety of the drug development process.