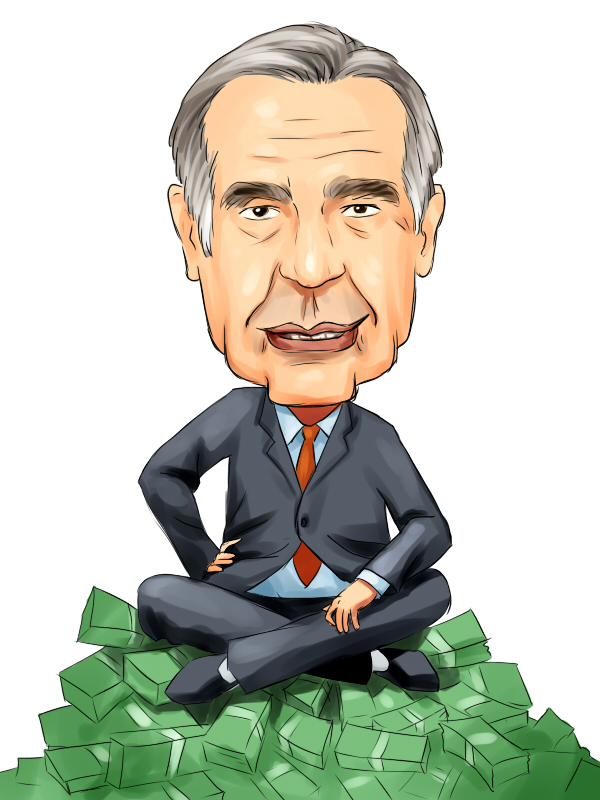 Every quarter, many money managers have to disclose what they've bought and sold via 13F filings. Their latest moves can shine a bright light on smart stock picks.

Today, let's look at investing giant Carl Icahn, who has made billions, partly by taking large positions in companies and pushing for change in them. These companies have included Texaco, RJR Nabisco, and ImClone. He's also drawn to companies in or near bankruptcy, aiming to enhance their value and then sell them at a higher price.

Icahn's reportable stock portfolio totaled nearly $28 billion in value as of Sept. 30, 2015. Its top two holdings, Icahn Enterprises L.P. and Apple, made up 48% of the overall portfolio's value. Icahn's stake in Apple was worth close to $6 billion, but that doesn't even constitute 1% of Apple's value. Nevertheless, he has agitated for an increase in share buybacks -- and the company did boost its capital return plans to $200 billion, including both dividends and stock buybacks.

Interesting developments
So what does Icahn Associates' latest quarterly 13F filing tell us? Here are a few interesting details: The portfolio sold all its eBay Inc shares and now lists PayPal Holdings Inc (NASDAQ:PYPL) as a new, and major, holding -- now its fourth-largest. Recall that eBay separated from PayPal earlier this year (as Icahn had encouraged it to do), with the faster-growing electronic-payments specialist now standing on its own and not as a part of the major e-commerce platform. Icahn has suggested that PayPal buy or merge with another payment specialist in order to strengthen its position. PayPal remains rather attractive, with annual free cash flow topping $1.7 billion and net margins near 13%. It's adapting to the growing importance of mobile in part via its purchase of peer-to-peer payment app Venmo, but a bunch of powerhouses, such as Amazon.com, Apple, and even Facebook are looking to eat its lunch with their own payment systems.

Icahn also bought a lot more of Cheniere Energy, (NYSEMKT:LNG), boosting its holding by 2,555% and leaving the liquefied natural gas (LNG) company as the portfolio's fifth-largest position. Indeed, as of the end of the quarter, he owned about 12% of it -- and has positioned two of his people on the board of directors. There's plenty to worry about with Cheniere, as financial statements show years of negative free cash flow, negative operating cash flow, and net losses -- and many worry about a glut of LNG making profitability difficult. Critics frown at the company's CEO compensation, too, which topped $140 million in 2013. (Jim Chanos of Kynikos Associates shorted the stock.) On the other hand, though, things could work out well in the long run, as Cheniere is a leader in LNG, and the price of oil isn't likely to stay low forever. In recent news, the company has ousted its CEO, Charif Souki, with Icahn's support.

Other new holdings include Freeport McMoRan (NYSE:FCX), American International Group Inc, and CVR Refining LP. Freeport McMoRan has been struggling recently, in part due to falling prices for oil and copper. It has also taken on a lot of debt, partly due to its purchase of McMoRan Exploration Co. and Plains Exploration, for $20 billion. Its lavishly compensated CEO has come under a lot of fire, but letting him go would be costly. Icahn's interest in the company, along with his activist nature, may prove interesting. He had recently accumulated more than 8% of the company. In mid-December, Freeport suspended its dividend.

Finally Icahn sold out of his position in Hologic, a specialist in mammography and diagnostics. The company has been posting double-digit revenue growth, but it's not exactly a bargain at recent prices.