The January Effect refers to the hypothesis that, in January, stock market prices have the tendency to rise more than in any other month. This is not to be confused with the January barometer, which posits that stocks' performance in January is a leading indicator for stock performance throughout the entire year. Some analysts consider the January Effect minor. Others see it as persistent, but only within certain segments of the stock market.

History of the January Effect

Investment banker Sidney B. Wachtel first observed the January Effect in 1942. Using data going back to 1925, he noted that small-cap companies tended to outperform large-cap companies in the first half of January.

Numerous studies since then have attempted to detect a more pronounced January Effect over time. One study that analyzed data from 1904 to 1974 found that stock returns were five times higher than average during the month of January . Another study by Salomon Smith Barney found an average January outperformance of 0.82% when comparing small-cap stock returns to large-cap stock returns from 1972 to 2002.

A number of studies since then have confirmed some tendency for this to still occur. However, it happens primarily in the small-cap world and has appeared to decrease in magnitude over time. There's a possibility the effect may be more vigorous in any given year, but it's far from easy to predict. 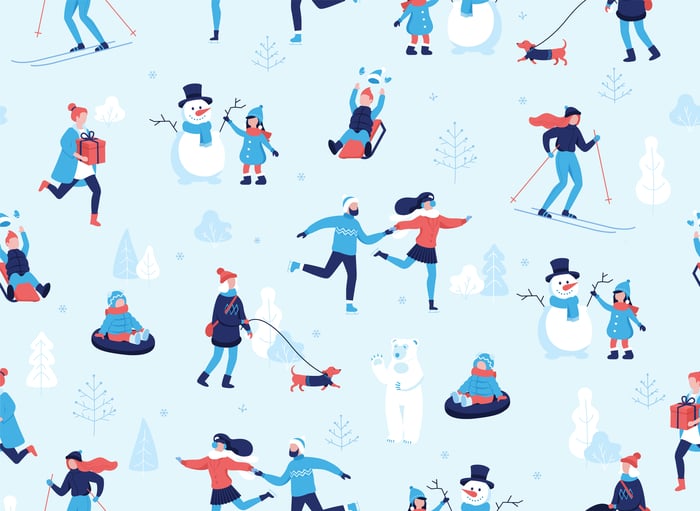 It's been said that tax planning is a major driver of the January Effect. According to this hypothesis, investors sell off underperforming stocks in December to lock in a capital loss for the year, thereby reducing their tax bill, which causes a temporary dip in prices. In January, prices recover when buying picks up again.

Another potential driver of the January Effect stock market anomalies is the year-end bonus. Once they have extra cash available, investors often plow money into the markets and drive stock prices higher.

There's also a possibility that investor psychology drives much of the phenomenon. Many people tend to start new things at the beginning of the year, and taking a run at the stock market might be one of them. Even just the perception of the new calendar year — believing you're "starting fresh" or that you're "turned over a new leaf" — can have a tremendous impact on individual behavior.

Still, the January Effect has appeared to wane in recent decades. Fully explaining the deceleration of the effect is difficult, but there are some theories. First, the advent of more tax-sheltered retirement vehicles, such as individual retirement accounts (IRAs) and 401(k)s, has made trading for tax-loss harvesting purposes less relevant. Also, given that many people are aware of the possibility that prices may rise in January, there is a more transparent opportunity to proactively adjust for it.

How to prepare for the January Effect as an investor

Because the January Effect only occurs in certain contexts and appears to only have a modest impact in current markets, there are few ways to prepare. If you hold small-cap stocks in your taxable brokerage account, perhaps you could make periodic additions in December in anticipation of a possible January price increase. Should that happen, you'd have a chance to lock in some gains and rebalance to your original asset allocation.

The better guidance, however, is that you shouldn't try to time the market to take advantage of perceived seasonal anomalies. You may end up with a winning set of stocks in the short run, but you may also disturb your overall asset allocation — and spend a lot of time and energy doing so. A buy-and-hold strategy aimed at long-term investment goals is likely going to be your best bet, so be careful when it comes to short-term calendar-based predictions.