The high-profile departure of Bill Gross from PIMCO to Janus Capital (NYSE:JNS) got plenty of headlines. Internal political upheaval at the bond-focused money-management firm finally led the billionaire fund manager to jump ship. Gross leaves behind a legacy of strong returns for longtime shareholders in funds like his flagship PIMCO Total Return Fund (NASDAQMUTFUND:PTTRX). But as the end of the year approaches, shareholders could see most unwelcome news from the fund in the form of a substantial distribution of taxable capital gains.

The workings of mutual fund taxation can be outright confusing. But many experts are primarily concerned that a huge exodus of PIMCO Total Return shareholders in the wake of Gross' departure could have forced the fund to make massive sales of its assets -- and managing shareholders' redemption requests in such a way that would minimize the tax impact would have been challenging at best. 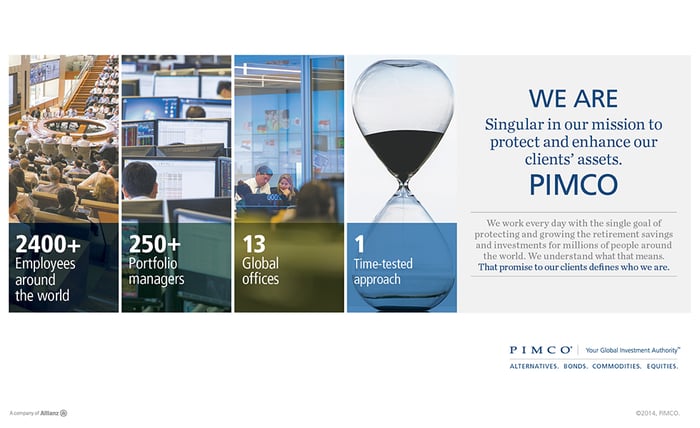 Without Gross, PIMCO has been forced to redefine itself. Source: PIMCO.

Why bond funds don't usually face big capital-gains issues
Mutual funds benefit from a special tax structure. Even though they're set up as separate companies, mutual funds don't pay corporate taxes. Instead, they're allowed to pass through any of their taxable income directly to their shareholders, who then include the income on their own tax returns and pay whatever their applicable tax rates are. For shareholders who own fund shares in a tax-deferred account like an IRA or a 401(k) employer plan, fund distributions of income and capital gains don't result in any immediate tax liability.

Mutual fund shareholders benefit from not facing double taxation on fund profits. But they bear the burden of investment decisions that fund managers make, and when a manager sells a position with a substantial gain, then it's the fund's shareholders who have to deal with large tax bills.

Large capital-gains distributions are commonplace for mutual funds that own stocks, because those funds will often hold onto winning positions for years and generate huge profits. When the fund finally sells those shares, the taxable gain can make up a large fraction of the total proceeds from the sale.

By contrast, bonds don't typically have large capital gains. Even when interest rates fall, as they have over the long run, holding bonds to maturity usually results in only minimal changes in their ultimate value. Fund shareholders are used to paying taxes on the income distributions they receive, as interest payments are a natural part of bond ownership. But capital gains aren't typically a major issue.

The PIMCO story
Unfortunately for Total Return Fund shareholders, the story at PIMCO's largest bond fund might well be different this year. A recent Reuters article cited outflows from the fund of $48.4 billion in September alone because of Gross' announcement, and according to research from Morningstar, the need to sell off roughly 20% of the now-$200 billion fund's total assets could generate taxable gains of about 2%. But that assumes the fund is able to use similar measures to those it has used in the past to maintain distributions at manageable levels -- and further redemptions from the fund could make it even harder to control its taxable gains for this year.

Compared to the much larger distributions that many stock funds will likely make in 2014, PIMCO's tax consequences for its fund shareholders look minimal. Nevertheless, planning for that anticipated tax burden now is essential to avoid losing any more money than necessary to the IRS.

A smarter alternative?
Whenever a capital gains distribution is coming, the worst thing for investors to do is to buy shares immediately before it gets paid. If you do, you owe the full taxes on the distribution, even though you didn't actually benefit from the profits that generated the tax liability. Whatever you receive from the distribution will be offset by a reduction in the value of your remaining shares, and even if you reinvest the distributed money, you'll still end up with the same amount invested -- and a bigger tax bill.

Fortunately for PIMCO investors, the PIMCO Total Return ETF (NYSEMKT:BOND) has a similar profile, with holdings that aren't identical but that nevertheless roughly mirror the investment objectives of the mutual fund equivalent. Because ETFs are more tax-efficient, it's unlikely that ETF shareholders will have any considerable capital-gains distributions to deal with, so buying ETF shares now is fine from a tax standpoint.

The end of the year is always challenging for mutual fund investors. But for those still assessing whether to hang on to their PIMCO shares after Bill Gross abandoned the Total Return Fund, the prospect of higher taxes is just one more reason to think about looking for other opportunities.