The price-to-earnings ratio is a widely used -- and misused -- investing metric. Do you use it correctly? 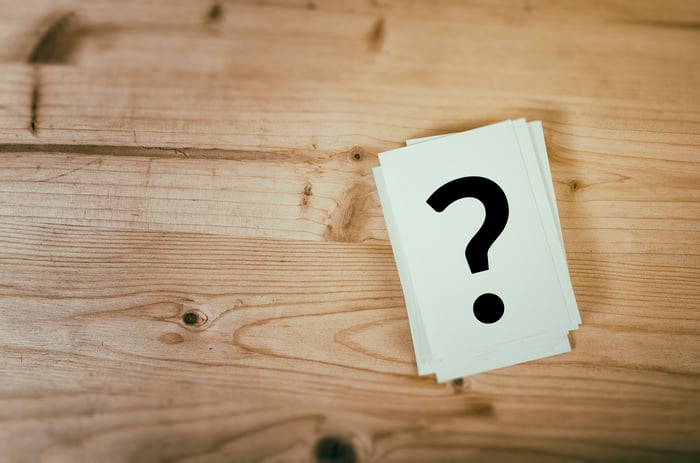 The share price is the market capitalization divided by the number of shares, so the results should be identical. Share price and the market cap are easy to find in the quote section of any financial website. The earnings are usually taken from the trailing twelve months (TTM) and can be found by checking the income statement for the past four quarters. A P/E using TTM figures is often called the current P/E.

Before you get carried away
The "P" in the P/E ratio is determined at any given point by the market value of the company or its shares. Built into this market price are the future expectations of the company's growth. If DVD-rental-by-mail company Netflix (NASDAQ:NFLX) has a P/E of 63.8, and Motley Fool Inside Value pick Endurance Specialty (NYSE:ENH) has a P/E of 7.3, does this tell us whether Endurance is a better value than Netflix?

Probably -- but not certainly. For starters, analyst expectations for Netflix's earnings growth over the next five years range between 17% and 40%; estimates for Endurance are a modest 12% to 14% over the same time period. So clearly, future growth expectations significantly affect the P/E ratio.

Apples to apples
As you'd expect, different industries have different average P/E ratios. Endurance is in the insurance industry, which typically has low P/E ratios. Even industry giants AIG (NYSE:AIG) and Allstate (NYSE:ALL) generally sport P/Es in the 11 to 15 range. In terms of rate pricing, insurance is a cyclical industry. Companies that cut rates during a soft market are usually not adequately compensated for the risk taken. Those that do maintain pricing discipline often see their top-line growth stall or even reverse. Clearly, it's important to understand the industry when comparing P/E ratios -- industries with higher perceived risk attract lower P/E ratios.

Investment returns also affect the P/E ratio. If I can buy shares in a company with a return on equity (ROE) of 30%, then with all other things being equal, I should be willing to pay more per dollar earned than for a company with an ROE of 10%. Consider Tyco (NYSE:TYC) and Coca-Cola (NYSE:KO). Both currently have a P/E around 21, yet analysts expect Tyco to grow earnings at 14%, vs. 8% for Coca-Cola. Coke, however, has an ROE of 31%, vs. just 9% for Tyco. In other words, in the past year Coke returned 31 cents for every $1 of shareholder's equity, while Tyco returned just 9 cents. Be careful in using ROE for companies with a high debt load, because it will be inflated. In that situation, using return on invested capital (ROIC) would make for a more accurate comparison.

Counting earnings
Earnings are an accounting figure that includes non-cash estimates. Since earnings are covered by U.S. generally accepted accounting principles (GAAP), you might expect all reported earnings to conform to the same template. This is certainly not the case -- companies have plenty of latitude under GAAP to manipulate earnings, employing either an "aggressive" or "conservative" approach. Some companies, such as General Motors (NYSE:GM), have massive underfunded pension and health-care obligations that aren't reflected in their income statements. Still others, like eBay, issue excessive amounts of employee stock options, which are also not expensed on the income statement (yet). Both of these items reduce the "E" in earnings and therefore increase the real P/E ratio.

Fun with P/Es
My favorite use of the P/E ratio is to compare the current P/E of a company with its historical averages. (To do so, I generally use a subscription service, ValueLine, which gives me the past 15 years' average annual P/E ratios. You can also use the free MSN Money Central 10-year ratio.) I then average the annual P/E figures (taking out excessively high or low "outliers") and compare this figure with the current P/E ratio. If the current P/E ratio is significantly less than the average, it could indicate that by historical standards the stock is undervalued. You can do the same thing with price-to-book (P/B) and price-to-sales (P/S) ratios.

There are drawbacks in any historical comparison of P/E ratios. During market bubbles, P/Es can be overinflated for extended periods of time. Caution should be used, particularly with average P/E values from the late 1990s. P/E ratios are also generally higher in a low-interest-rate environment because a company's cost of capital is lower, and also because investors are more likely to take on the risk of owning equities when bond yields and fixed income rates are low.

Philip Durell does not own shares of any company mentioned in this article. Endurance Specialty and Coca-Cola are two picks from Philip's Inside Value portfolio. eBay and Netflix are Motley Fool Stock Advisor recommendations. The Motley Fool has adisclosure policy.

Biotechs are Getting Routed to Close the Year