The company's KeyLeaf subsidiary gets the green light to produce cannabis extracts at its Canadian facility.

Canopy Growth (CGC -12.07%) has secured official permission for one of its business units to effectively start making product. The company announced today that its KeyLeaf subsidiary located in Saskatoon, Saskatchewan, has been granted an extraction license by Health Canada, that country's regulator of the cannabis industry.

The license allows KeyLeaf to develop and produce cannabis extracts that can subsequently be used as ingredients in derivative products like infused beverages and cosmetics. This is the third such permission won by Canopy Growth business units. 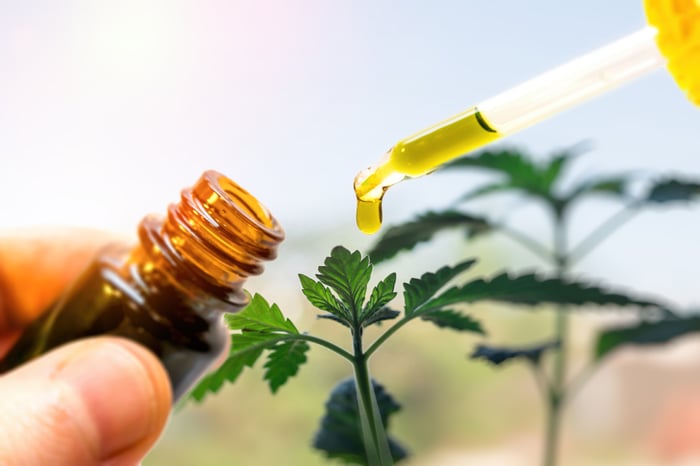 KeyLeaf, an extraction specialist, is a recent acquisition for Canopy Growth. Canopy Growth bought it late last year in a deal that closed in June.

At the time of closing, Canopy Growth said of its new asset that "[t]he extensive experience of KeyLeaf's chemists, engineers, and operators will remain within the organization to further refine the cannabinoid extraction process and will support Canopy Growth in the design, training, oversight, and implementation of additional extraction sites around the world."

KeyLeaf's Saskatoon facility was recently retrofitted by Canopy Growth. In the press release heralding its new license, Canopy Growth said that it expects Saskatoon to come online this autumn. It will be able to extract as much as 5,000 kilos of cannabis and/or hemp biomass daily, the company added. Additionally, the facility is located near Canopy Growth outdoor cannabis and hemp growing locations.

"This licence will ensure we have the supply of extraction inputs for the medical, CBD, and recreational markets, especially the next generation of value-add, high margin cannabis products here in Canada," Canopy Growth said in the press release.

It added that Saskatoon "will complement the Company's indoor, greenhouse, and outdoor cannabis and hemp growing operations on the one side, and its value-add beverages, vapes, softgels and edibles infrastructure on the other side."

Cannabis derivative products are generally higher-margin items than dried cannabis flower. They are also the focus of the so-called second wave of Canadian cannabis legislation, which will see the sanctioning of products such as edibles and beverages laced with those substances. This is scheduled to occur on Oct. 17, not coincidentally the one-year anniversary of broad cannabis recreational use legalization in the country.

The Saskatoon facility is one of two operated by KeyLeaf; the other is in Batavia, Illinois. Because the second is located in the U.S., it is not covered under the license granted by Health Canada.