The meteoric rise of Beyond Meat (NASDAQ:BYND) stock this year doesn't make all that much sense. The imitation meat company is valued at roughly $10 billion, around 40 times its expected 2019 sales. That nosebleed valuation may not hold up as competition in the space intensifies.

Kellogg (NYSE:K), which already sells the No. 1 veggie burger in the U.S. under its MorningStar Farms brand, plans to go after Beyond Meat, Impossible Foods, and the rest of the plant-based meat alternatives market in 2020 with a new line of products. The new Incogmeato brand will feature plant-based burger patties, plant-based nuggets, and plant-based tenders. 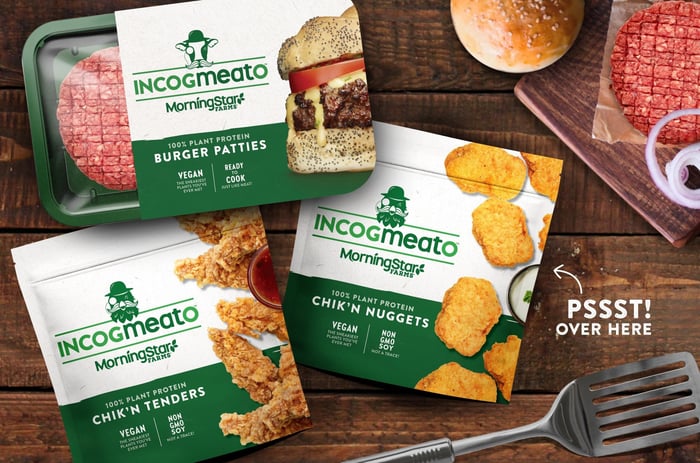 Kellogg's new products will be made from non-GMO soy, making them similar to the soy-based products from Impossible Foods. Beyond Meat's products are based on pea protein, as well as over a dozen other ingredients.

Kellogg plans to have its Incogmeato products available in the refrigerated and freezer sections of grocery stores in early 2020. Those sections are becoming increasingly crowded with fake meat products. In addition to Kellogg, Tyson Foods is working on its own plant-based meat products, and a slew of other brands are already available.

Beyond Meat finds itself in a sea of very similar products. It will need to stand out enough to generate a level of sales growth necessary to justify its frothy valuation, a prospect that will become more difficult with each new competitor. If Kellogg decides to undercut Beyond Meat on price, that could spell big trouble for the trendy faux meat company.