There's a lot to like about shares of warehouse club Costco (NASDAQ:COST), but a sky-high valuation has one analyst taking a step back.

Analyst Rupesh Parikh at Oppenheimer lowered his rating on Costco stock from outperform to  perform on Wednesday morning, citing an epic 45% rally in 2019. Parikh sees limited upside potential given the stock's recent performance, although he continues to view Costco's long-term prospects favorably. 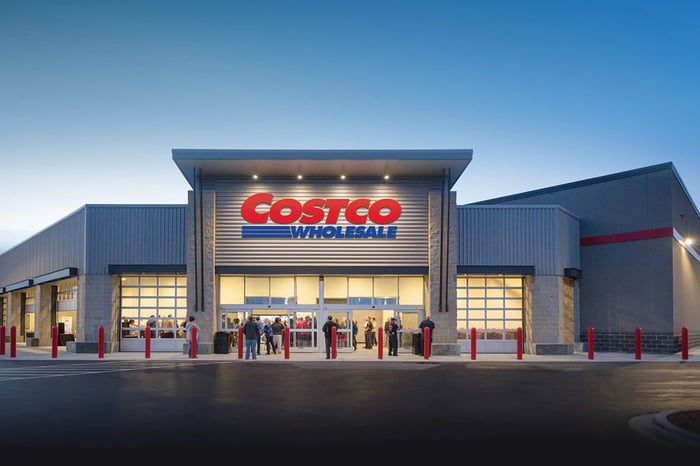 Oppenheimer is less optimistic about Costco's earnings in the near term than the average analyst covering the stock. The investment bank expects EPS of $8.40 and $8.95 in fiscal 2020 and 2021, respectively, below the consensus analyst estimates of $8.55 and $9.21.

Costco stock has performed well for good reason. The retailer is largely Amazon-proof, with an intensely loyal member base and bulky products that aren't well suited to e-commerce. Comparable sales growth has also been consistently impressive, up 6.9% in August.

But Parikh has a point. With the stock nearing $300 per share, Costco trades for more than 34 times the consensus analyst estimate for fiscal 2020 earnings. For comparison, shares of Walmart go for less than 24 times forward earnings.

For a relatively slow-growing retailer, that's a valuation that's tough to justify. Costco certainly deserves to trade at a premium over other retailers, but the rally this year might have taken the stock a little too high.

Costco remains well positioned in the consumer staples and food retailing universe, according to Parikh. But with difficult comparisons coming up, aggressive analyst expectations, and a lofty valuation, the stock's incredible performance might not hold up much longer.