Please ensure Javascript is enabled for purposes of website accessibility
Free Article Join Over 1 Million Premium Members And Get More In-Depth Stock Guidance and Research
By Eric Volkman - Oct 4, 2019 at 7:54AM

The cannabis company's latest buy intersects with the world of professional athletics.

In what has to be considered one of the more offbeat and unexpected acquisitions in the short history of marijuana stocks, Canopy Growth ( CGC -3.57% ) is buying a sports drink and supplements company.

Canopy Growth has acquired a 72% stake in BioSteel Sports Nutrition, both companies announced in a joint press release. BioSteel manufactures items such as pre-made drinks, drink mixes, and powders geared toward the active athlete. 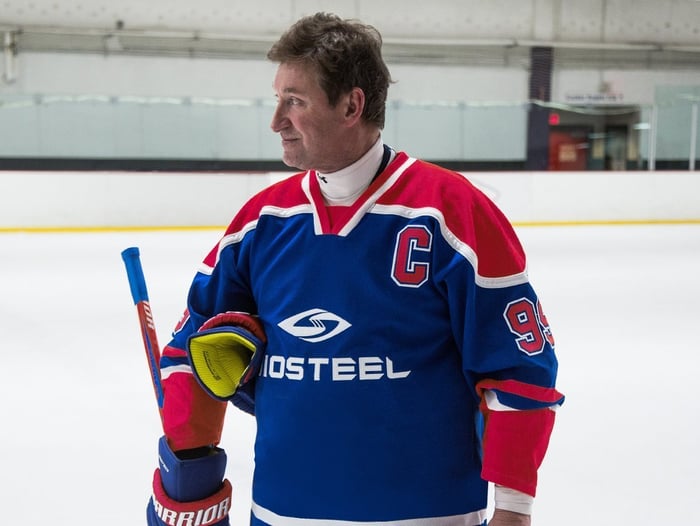 The price of the deal was not specified, although the companies did say the purchase was effected entirely in cash. They added that there was an "agreed upon path to 100% ownership," although no details were provided.

The acquisitive Canadian cannabis purveyor clearly considers BioSteel's product lineup to be synergistic to its own. "The transaction provides Canopy Growth with a significant platform to enter the sports nutrition and hydration segment," the press release read.

Additionally, it "lays the groundwork for the adoption of cannabidiol (CBD) in future product offerings in accordance with regulations globally including products to be sold in the U.S. containing CBD sourced from federally permissible industrial hemp."

CBD is a fairly trendy substance these days that proponents claim helps with a raft of ailments. Apparently, it's a hit in the sports world, too.

"The use and acceptance of CBD-based products in the professional sports landscape has changed," said BioSteel co-CEO Michael Cammalleri. "We have witnessed the negative effects of prescription painkillers and athletes are looking for healthier alternatives."

Like Canopy Growth, BioSteel is a relatively young company founded and based in Canada. The press release claims that more than 70% of teams in North America's "big four" professional sports -- baseball, basketball, football, and hockey -- have bought BioSteel products.

As with any ambitious company associated with the world of sports, BioSteel has a roster of active and retired athletes spread across a range of sports as "ambassadors" of its brand. Listed individuals include hockey great Wayne Gretzky, star Dallas Cowboys running back Ezekiel Elliott, and pro golfer Brooke Henderson.

In terms of operations, the company has over 10,000 distribution points in North America. It's continuing to expand both on this landmass and in Europe.