Twitter (NYSE:TWTR) is making the bold move to ban all political advertising from its platform.

"We believe political message reach should be earned, not bought," CEO Jack Dorsey said on Wednesday.

In a series of tweets, Dorsey highlighted some of the social media giant's concerns about allowing its ad platform to be used for political purposes.

Dorsey is concerned that Twitter could be used to impact election results.

"While internet advertising is incredibly powerful and very effective for commercial advertisers, that power brings significant risks to politics, where it can be used to influence votes to affect the lives of millions," Dorsey said. 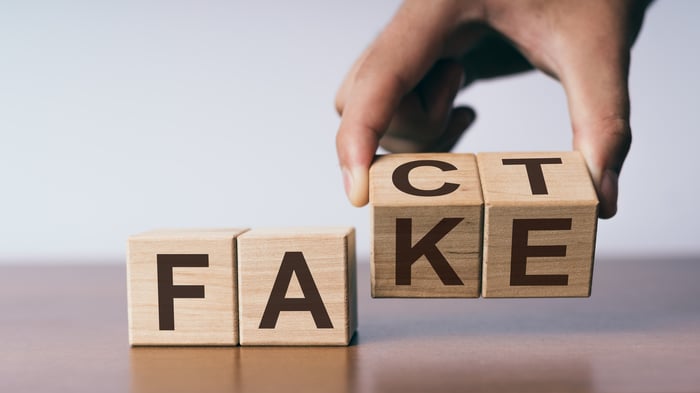 Twitter is attempting to prevent political misinformation from being spread on its social media platform. Image source: Getty Images.

"It's not credible for us to say: 'We're working hard to stop people from gaming our systems to spread misleading info, buuut if someone pays us to target and force people to see their political ad...well...they can say whatever they want!'" Dorsey said.

"In a democracy, people should decide what is credible, not tech companies," the tech titan told the Associated Press on Oct. 24. "That's why -- like other internet platforms and broadcasters -- we don't fact check ads from politicians."

Facebook's hands-off approach to political ads has been met with intense criticism. Multiple political leaders have derided the social media king's refusal to remove false ads from its platform, and many of Facebook's own employees oppose the policy. Now, with Twitter taking action to address these concerns, it will be interesting to see if Facebook alters its approach.

Dorsey was quick to note that there could be negative ramifications of removing political ads from social media platforms.

Some might argue our actions today could favor incumbents. But we have witnessed many social movements reach massive scale without any political advertising. I trust this will only grow.

Dorsey also called on regulators to help address the situation.

We need more forward-looking political ad regulation (very difficult to do). Ad transparency requirements are progress, but not enough. The internet provides entirely new capabilities, and regulators need to think past the present day to ensure a level playing field.