JUUL Labs' Canadian subsidiary will discontinue selling fruit-flavored vaping pods in the country, the company confirmed to Reuters following an article on The Logic reporting the move. It's the latest in a series of retreats for JUUL Labs, which has stopped distributing similar flavors in the U.S., in addition to certain sweet varieties. It also removed those products from its website.

JUUL Labs, the key shareholder of which is U.S. tobacco giant Altria Group (NYSE:MO), will sell through its existing supplies of these flavors and then halt new supplies to retailers. It is also to consider bringing the discontinued flavors back to the Canadian market at some point in the future, and it will consult the country's health regulator, Health Canada, on the matter. 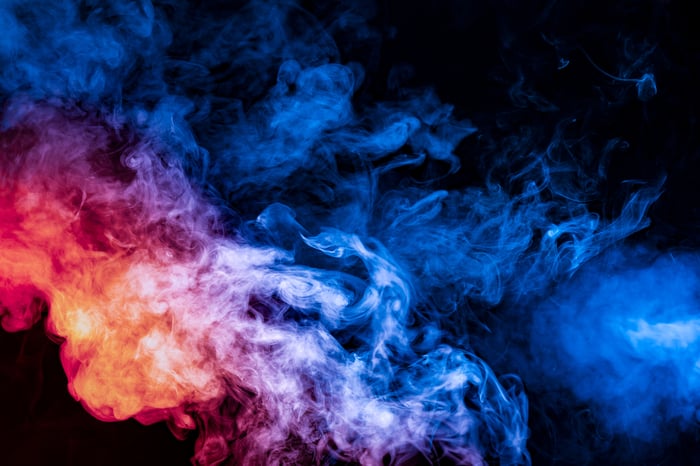 Not all flavored vaping pods will be included in the cessation. Tobacco and mint flavored pods will still be available.

JUUL Labs has not commented officially on the removal of the products. Nor, for that matter, has Altria or Health Canada.

Flavored vaping pods have come under significant criticism lately, with opponents claiming they're designed to rope young users into a vaping habit. JUUL Labs and its peers have strenuously denied such accusations. Health Canada has been pondering whether to introduce tighter regulations on the vaping industry, on the back of these and wider concerns about the detrimental effects of the practice.

JUUL Labs is the dominant player on the Canadian vaping market. According to the country's national media outlet, CBC, it held a nearly 80% share as of last summer.

Altria, a popular dividend stock, seems to be shrugging off the latest news about its big vaping investment. The shares closed Wednesday with a gain of about 0.8%.