The company ventures to London to buy an asset in a lucrative, cutting-edge surgical field.

Medtronic will fold the company into its surgical robotics team within its minimally invasive therapies group. It said in its press release that owning Digital Surgery "will strengthen the Medtronic robotic assisted surgery platform and has applicability for the Medtronic broader portfolio." 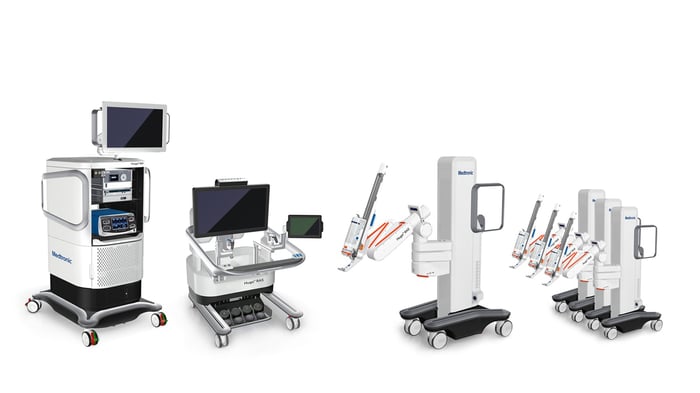 This is clearly a business for which Medtronic has high hopes. It rolled out its Hugo RAS system late last year, pointing out that only around 2% of surgeries worldwide are performed with the help of robotic systems. The company predicted that in a decade, such solutions will help "change the face of surgery."

Currently, Medtronic is battling Intuitive Surgical (ISRG 2.53%) in the robot-assisted surgery segment; of the two, Intuitive Surgical has been more dominant. The company's da Vinci Surgical System has been on the market since 2000 and is a top name in its field. Both Medtronic and Intuitive Surgical stand to gain handsomely from a market that's estimated to grow in the double-digit percentages over the next few years.

Neither Medtronic nor Digital Surgery disclosed either the price or the terms of the purchase. The former said the latter should be "immaterial" to its 2020 adjusted earnings.

Digital Surgery will remain in its current headquarters in London. Additionally, it will still be helmed by its two co-founders, Dr. Andre Chow and Dr. Jean Nehme.

The share price of Medtronic -- a reliably paying dividend stock, which is unusual in the medical sector -- rose marginally on Friday.