From now on, you can boast that you make a higher salary than Steve Jobs ever made in his time as Apple CEO. 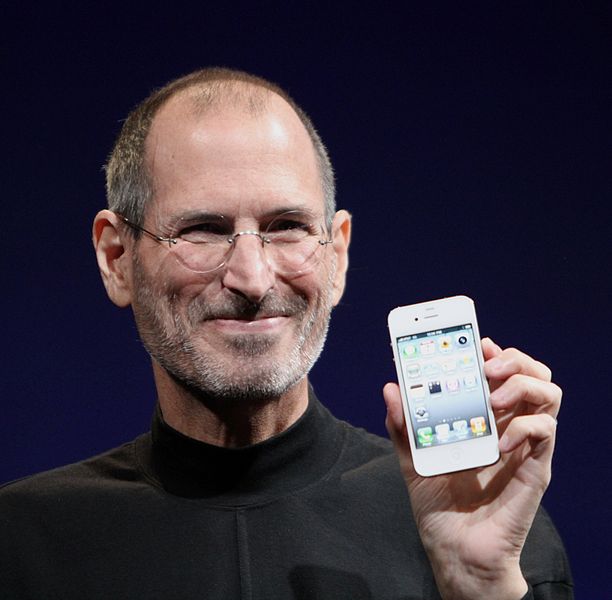 From now on, you can boast that you make a higher salary than Steve Jobs ever made in his time as Apple CEO. Every year from 1997 to 2011, Steve Jobs made an annual salary of just $1.

It sounds counterintuitive to most of us, who'd dearly love a pay raise. But when Jobs returned to Apple as CEO in 1997 after a twelve-year absence, the company was really struggling. Taking a $1 salary was a way of showing how much he cared about the company he'd co-founded two decades earlier in his parents' garage. He preferred to take the million dollars he could have earned as salary and put it back into the company, investing in its future.

Also, Jobs held lots of Apple shares, and knew that if he could make the company a success again, he'd be compensated by seeing their value rise dramatically. In the meantime, he had more than enough of his own savings and investments to keep the wolf from the door.

What we can learn from Steve Jobs
Now, it might seem hard to translate that into your own life. Steve Jobs, after all, was rich by the time he started working for $1 a year, and could easily afford the magnanimous act. Most of us depend on our salaries for essential things like paying the mortgage, buying groceries, and getting hold of the Breaking Bad DVD box set.

So we're not saying you should walk into your boss's office tomorrow and demand a pay cut. But there are still some valuable lessons we can all learn from Steve Jobs' example.

1. Do what you love
Don't worry, this isn't going to turn into a seminar on finding your inner bliss. The phrase "Do what you love" may have been over-used by the self-help industry, but that doesn't mean it's not a smart career strategy. Steve Jobs loved working for Apple so much that he was prepared to do it for $1.

If you had a few million in the bank and money wasn't a concern, would you do what you're doing now, for a salary of $1? If not, what would you do instead? Can you transition toward that?

Doing what you love is not always as simple as the happiness gurus make it sound. But as a long-term goal to work toward, it makes sense. Pick something you'd happily do even if it only paid $1 a year, and make that your career goal.

2. Check the incentives
Although Steve Jobs's salary was just $1, he owned 5.5 million Apple shares, so when the shares rose, he became a lot richer.

That incentive worked out pretty well for all concerned. Apple stock price rose from a low of $3.19 in 1997, when Jobs returned as CEO, to $365 when he retired in 2011. Jobs' shares became worth more than $2 billion, and Apple's other shareholders did extremely well too.

Contrast that with a CEO who pockets a million-dollar salary and is guaranteed to receive a bonus every year, regardless of performance. In that case, there's no particular incentive for him or her to perform well.

So looking at executive pay is a good step with any investment you're planning. You can find all the details on sites like Morningstar (go to the stock quote page, and look under "Insiders"), or in the annual report. Low salaries and high stock ownership indicate a good incentive structure; high salaries and low stock ownership mean the management may or may not work on your behalf.

Several current CEOs follow the $1 salary policy, including Mark Zuckerberg of Facebook and Larry Ellison at Oracle (although Ellison gets other compensation like stock options). Meg Whitman of Hewlett-Packard used to be on $1, but recently got a raise... to $1.5 million. Not bad!

Of course, it's easier to focus on the long term when you're financially comfortable. For the rest of us, the short-term gain may be too tempting to turn down.

But still it's a principle that investors would do well to keep in mind. What truly makes a difference in your financial health are the long-term things, like holding an investment for ten or twenty years and letting the returns compound year by year. You don't have to give up your salary, but taking the long view is a sound investing strategy.