There are real retirement planning problems out there; these don't qualify.

Perhaps you've heard that we have a pretty serious problem with retirement planning in the United States. Over half of all baby boomers have less than $250,000 saved in retirement accounts -- a sum that by itself would only allow for $833 in cash per month.

At the same time, some pretty alarming trends are pinching America's middle class. As calculated by Bard College economics professor Pavlina Tcherneva, the bottom 90% of U.S. workers have largely missed out on the economic expansions since 1982. 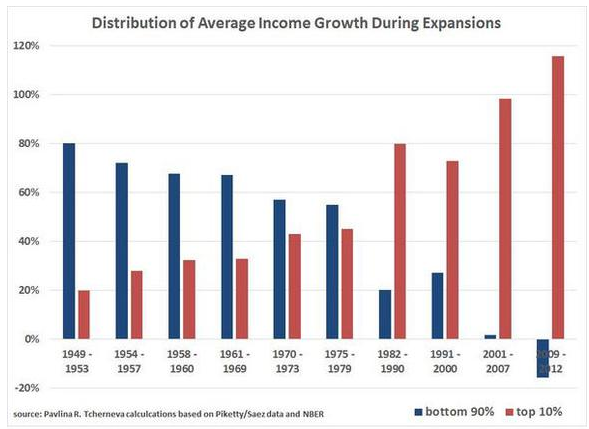 Having said that, these larger trends don't excuse a complete lack of financial common sense by some of us occupying the middle class. The recipe for retirement planning remains the same as it ever has: spend less than you earn and invest the difference. Do this your whole working life, and things should turn out just fine.

Stupid spending and extreme expectations
It was, therefore, with great frustration that I read a piece by Bob Sullivan of Money Talk News. Sullivan wrote the article as part of his investigation for what a "normal" American life costs today (the article has since been taken down, but is still viewable in its cached version).

One family in particular stuck out, and it provides an example of the outrageous expectations middle-class folks sometimes have. Before we dig into the details, here are a few key details about this family:

While explaining the family's budget, the wife said:

We have NO savings ... none for college for our kids; none for retirement. Used to be ... $100K a year was a GOOD salary ... The "middle class" is being killed. I cannot work any harder.

Looking through the detailed budget provided, I couldn't believe what I was seeing. This family doesn't need to work harder. It needs its expectations to come in line with reality.

Thousands of families out there really are in a pinch. They deserve our attention. In order to differentiate those who have real financial problems from those who simply need to adjust their ridiculous expectations, I came up with a handy set of rules.

Next time you want to complain about your money problems, make sure your family doesn't fall under any of these categories.

Everyone in your family has a car
The family in question has a car for mom, dad, and each of the two daughters. When money is tight, that's absurd.

Millions of families all over the world get by just fine on far less. If mom and dad need a car for work, so be it. But getting your driver's license or going off to college is by no means a right of passage for which you should receive a personal car.

Don't be afraid to pack the family in -- safely, of course. Photo: Ben Francis via Flickr.

If the parents in question taught their daughters a valuable lesson in paying for their own car, getting rides with friends, biking, or using public transportation, they would likely cut $6,400 from their yearly spending.

Your family phone bill costs $400 per month
I understand that phones are vital these days. But when money is tight, it's important to get the best plan possible. Though the family in question said their high phone bill owed partly to a necessary landline, some extremely cheap plans out there can help cut costs.

For instance, Republic Wireless offers unlimited talk, text, and data over a 3G plan for just $25 per month. Include all four family members in this plan, along with a $40-per-month landline, and this family would save about $3,100 per year.

You have a motorcycle or something similar as a "toy"
The husband in this family has a motorcycle as his "toy." This particular toy costs the family $2,600 per year. You're certainly allowed to have whatever toys you can afford. But to complain about being unable to save for retirement when you're spending this much on a toy? Not so much.

You spend a huge amount of money on groceries
I'm assuming both college-age girls live at home, because this family spends a whopping $1,200 per month on groceries. According to the USDA, a low-cost plan for a family of four grown adults should run around $871.

When you're living paycheck to paycheck and not saving anything for retirement, shooting for anything above the "low-cost" plan is ridiculous. If this family adhered to this standard, it would cut annual spending by $4,000.

But even if we allot $75 per month for toiletries, our family in question has ridiculous expectations: $300 per month on cleaning supplies and toiletries. If they ramped down these expectations to a reasonable level, they could save $2,100 per year.

You pay money for cable when you don't need it
I've saved the most ridiculous of all expenses for last. This family reported spending $100 per month on DIRECTV because it is "needed for [the] weather channel and business." This is 100% ludicrous.

If, like this family, you're already spending $100 per month for Internet service, go to Weather.com, punch in your ZIP code, and have a look at the forecast. And get familiar with some of the countless business-related websites out there. This will save you $1,200 per year.

Just like that, retirement planning isn't so hard
If our hapless family were to take these suggestions, they would save almost $20,000 per year! That's a huge deal. Over a decade, if this family put that money in a fund that earns 9.8% per year -- the stock market's historical average -- they would have almost $350,000 in its coffers.

Not bad for a family that, by that time, will have just finished paying off its house and could really amp up the savings.