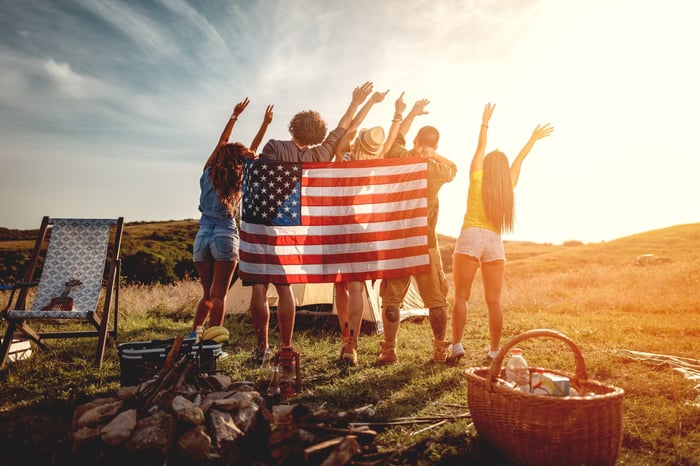 Months of partisan wrangling have finally come to an end. At long last, lawmakers have agreed to pass a $900 billion stimulus package to address the devastating financial impact coronavirus has had on the economy. The final deal includes money for vaccine distributions, expanded unemployment benefits, and money for schools. It also provides stimulus checks for most Americans.

These stimulus checks will be a little smaller than those paid out under the CARES Act. Payments will be $600 per adult and $600 for each eligible dependent child. The CARES Act provided $1,200 per adult and $500 per child. The good news is that there are no limits to the number of eligible dependents who can qualify for the check, so large families could receive $600 for each child.

But who exactly is in line to get these checks? Here's what you need to know.

Who will be eligible for a second coronavirus stimulus check?

Some older dependents will be left out

Unfortunately, the extra $600 payment for dependents will once again be restricted only to children under the age of 17. This will likely come as a disappointment to any college students who are claimed as dependents as they will be excluded from the second stimulus payment. Similarly, other adult dependents and their families will not qualify.

Throughout negotiations, most plans had provided checks even for dependents over 17. But the final legislation will once again exclude this group, just as the CARES Act did.

High earners may also be ineligible

High earners may also see a smaller stimulus check, or none at all. As with the CARES Act, Congress imposed income limits for the second stimulus check. However, the math looks a little different because the second checks are smaller (although it is possible Congress simply didn't update the formula in the legislative text, so the initial phase-out limits may still apply).

It should be noted that the CARES Act reduced payments at a rate of $5 per $100 in excess income over the $75,000, $112,500, and $150,000 thresholds. Congress did not change this formula in the current legislative text, but it is possible this was an oversight. Regardless of what the phase-out rules are, higher earners who lose eligibility for their own stimulus payments may still get some money for eligible dependents, depending on how much they earn.

Watch for your stimulus check in the coming weeks

Coronavirus payments should be sent out more quickly this time as the IRS put the process in place to send out the CARES Act checks. If the IRS has your direct deposit information, watch for the money to hit your bank account. If not, wait for your check to come in the mail -- provided you meet the basic eligibility requirements described above.