December's report is yet another sign of heightened economic concern. But it could mean home-buying opportunities for those in the market.

2018 was a rocky year for real estate. Existing home sales in December were worse than analysts expected, with a 6.4% drop from the previous month, according to data released Tuesday by the National Association of Realtors (NAR). Economists surveyed by Reuters were estimating a 1% drop.

The seasonally-adjusted rate of sales was down 10.3% from a year ago, to 4.99 million, which includes single-family homes, townhomes, condominiums, and co-ops. The December report followed two consecutive months of increases, and the drop was widespread with none of the four U.S. regions seeing sales increases. 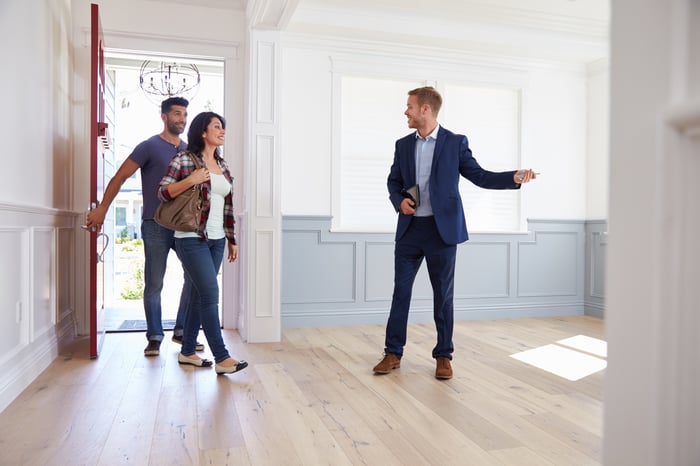 "Softer sales in December reflected consumer search processes and contract signing activity in previous months when mortgage rates were higher than today," said Lawrence Yun, NAR's chief economist, in his explanation for the drop. "Now, with mortgage rates lower, some revival in home sales is expected going into spring." 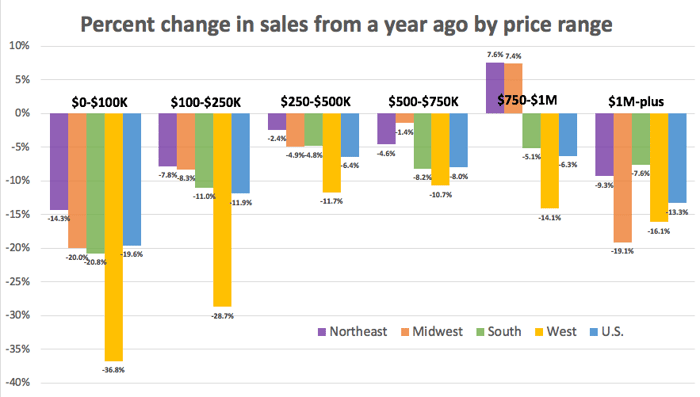 What does this mean for the overall economy?

For all of 2018, sales were down 3.1% to 5.34 million units, the weakest rate since 2015. Existing home sales make up about 90% of U.S. home sales in a given year. Although existing home sales are not part of the calculations that make up the GDP, the figure is an indirect indicator of the country's productivity. Combined with other recent consumer sentiment indicators, there's been a recent trend toward increased worry among consumers,

The decline in sales for December does not include any impact from the ongoing government shutdown, which will delay the review and approval of some mortgage loan applications. Look for an even worse January report.

The housing market continues to be plagued by higher mortgage rates, a drop in available land and construction labor shortages. These have all contributed to a tighter inventory of available homes, which in turn raised demand and sparked price increases. Based on the sales pace in December, it would take 3.7 months to sell the current inventory. A healthy balance of supply and demand is closer to six or seven months.

NAR's economist Yun says there's reason for hope and concern as it relates to the future of existing home buying.

"Several consecutive months of rising inventory is a positive development for consumers and could lead to slower home price appreciation," Yun said. "But there is still a lack of adequate inventory on the lower-priced points and too many in upper-priced points."

How this affects you

Several economists say the decline in mortgage rates could lead to stronger sales numbers going into the spring selling season, as homebuyers see opportunity. Add to that the recent strong growth in job openings (which can necessitate a move) and there's room for home buyers and sellers to rejoin the market.

The 30-year fixed mortgage rate is at a four-month low. According to Freddie Mac, the average 30-year, conventional, fixed-rate mortgage fell to 4.64% in December from 4.87% in November. And the increase in the median sales price leveled off in December to 2.9%, year-over-year. These figures point to a somewhat better situation for potential homebuyers, but with housing inventory so tight, would-be homebuyers need to act quickly should they find the perfect place for them.

Mortgage rates are still high compared to recent years, and other headwinds, like volatile financial markets and still-high home values, don't help. Add in the reduced homeownership incentives created by the 2017 tax law -- especially in costlier, high-density markets and high-tax areas -- and the uncertainty level for buying a home rises.

Whatever you do, research the benefits, drawbacks, and costs of homeownership as it relates to your situation. Here are a few things to know if you're aiming to buy a home in the not-so-distant future.