NAR just released some new data showing a potential slow-down in home sales and the hope for falling prices. What's really going on with the real estate market?

If you've been waiting for the world of real estate to calm down a bit, your holiday wishes may be about to come true. The National Association of Realtors (NAR) just released some new data on the housing market that may indicate things are finally trying to equalize a bit. After all, with mortgage rates poised to rise with the Federal Reserve working on ending its bond-buying program, it's going to cost more to buy a home going forward, which should, in a normal market, reduce potential buyers.

According to NAR, existing home sales were up 0.8% in October, month over month, but down 5.8% year over year. Overall pending home sales were also down 2.3% month over month and down 8% year over year, along with being down in every section of the country, with the midwest seeing the highest monthly pending sales decline of 3.5% and the northeast having the highest yearly pending sales decline of 18.5%. First-time homebuyers were down to 29% from 32% this time last year. Unfortunately, existing home inventory is also down to 2.3 months, a yearly decline of 4.2%

The point is, most things are looking down. But that's a good look for future buyers, maybe. 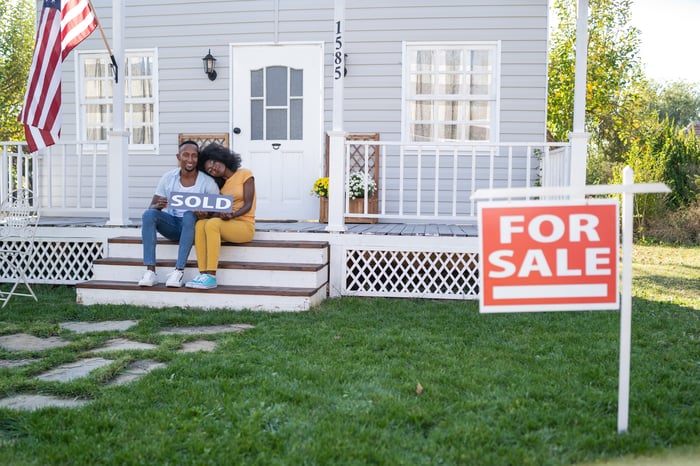 Although existing homes sales are still fighting low inventories, new construction may be trying to tell a different story. The United States Census Bureau and the United States Department of Housing and Urban Development's most recent report indicate that there's been significant growth in supply from September 2020 to September 2021. A 62.9% increase, in fact, to roughly 5.7 months' supply.

Approximately 383,000 units were sold in September 2021, versus 286,000 the year prior, which sounds brilliant, until you look at the data more closely. Of those sold units for September 2021, 105,000 hadn't been started, representing approximately 27.42% of the sold inventory. In September 2020, those units sold, but not started, were only 21.33% of inventory. That means that over a quarter of the so-called "sold" new construction inventory is permitted, but the actual building may not start for months.

It's easy to understand why homebuilders aren't home building, between the erratic prices of building materials and the lack of consistent labor to actually do the building. But the issue here is that these new-construction homes are literally the only hope for making up for the extreme shortage of inventory in the real estate market. So they have to get to building for any permanent changes to take place longer term.

Will housing prices decrease in the near term?

In my opinion, housing prices are not going to decrease soon, but it may get a lot easier to buy a house, which would be pretty awesome in and of itself.

There are several reasons I doubt prices will slide downward. First, and potentially most importantly, it's very hard to back down a price point. No matter what it is. This goes not only for the lumber that's going into those new homes (new construction pricing also affects existing home pricing) but also the homes themselves. If the market still says you can get $353,000 for a house, why would you drop the price when people are still lined up out the door?

Of course, lumber futures are pointing to another long year of expensive wood, so even if builders wanted to back down pricing, they may not be able to. The only truly reasonable option for lowering the set point of the average new home in the near term is to build a smaller home, which no one seems to be too thrilled about doing, for whatever reason.

There's a full 28% of single-person households who would potentially be really interested in that, if someone would just take a leap of faith and build a few two-bedroom homes. But, that's the second issue, isn't it? We've spent so much time tearing down small houses in metro areas that only large houses remain, which also pushes housing prices up, since the bottom end is still starting so, so high.

All these natural instincts we have when it comes to money, coupled with ongoing inflation, make me think that prices are not going down, but there is still hope they may stagnate. Stagnation is OK, we can deal with that. Homebuyers will have to stay in their homes longer, but wages should, in theory, catch up to housing prices in that situation.

And that's not all bad, to be honest. The last time we saw housing prices fall in a dramatic and widespread way, a whole bunch of people were in foreclosure and empty neighborhoods dragged down the homes around them in a sort of creeping domino effect. That's definitely not the future we want, either.