Investors and homebuyers waiting for the housing market to cool may need to cool their jets themselves.

Black Knight said that prices nationally rose at a record pace for the month of December, abruptly ending the slowdown in price acceleration that had been seen in the previous few months and setting the stage for more in 2022.

Severe supply shortages, with demand further fueled by buyers wanting to get ahead of expected interest rate increases, led to the average home increasing in value by 0.84% in December, the most ever for a month that normally sees little to no price movement, Black Knight said in its Mortgage Monitor Report released on Feb. 7. 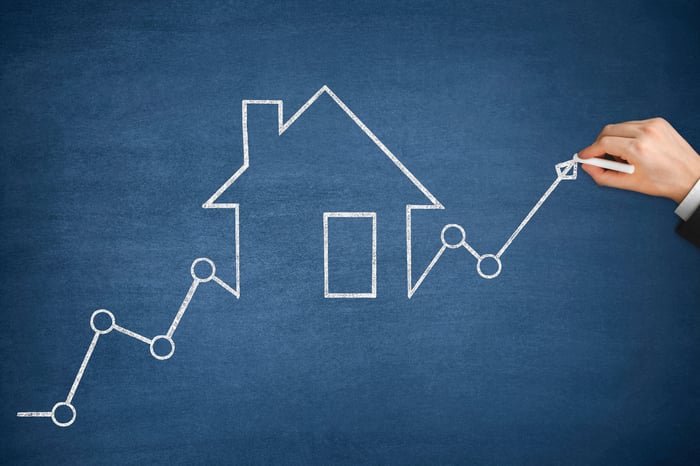 Supply and affordability also are moving in the opposite direction as industry forecasts of easing inventory shortages have yet to materialize and the proportion of household income needed to buy a new home keeps rising.

The Black Knight report said that the number of homes coming on to the market continued a run of 30 months of deficits in December, reaching a shortage of 500,000 to 750,000 listings compared to December totals for 2017 to 2019.

Real estate investors waiting for a surge in foreclosures also will have to wait, the Feb. 7 report said, with active foreclosures falling to 128,000 in December, the lowest recorded since Black Knight began tracking that metric in January 2000.

While the stock market remains roiled, sustained demand and low inventory seem to be holding off a bear market in the homebuying space, making now still a great time to invest in real estate.

Of course, each market is different. For instance, three of the nation's largest markets saw year-over-year price gains of more than 30% in 2021:

Even the slowest-growing of these are at levels "quite high for the tail end of a growth cycle," the Black Knight report said.

Affordability also varies widely. The three top markets with the lowest payment-to-income ratio are Cleveland at 16%, Cincinnati at 16.7%, and Hartford, Connecticut, at 16.9%. Conversely, six of the 10 least affordable markets are in California, which itself has a statewide payment-to-income ratio of 43%. The four Golden State markets at the bottom of the list are Los Angeles (53.2%), San Jose (47.7%), San Diego (46.9%), and San Francisco (44.1%).

Residential real estate investors can still find ways to build wealth, of course. Individual buys in the right place at the right price will pay off as they always have, either for flipping or renting, and will continue that way as long as people need a place to live.

Why AGNC Stock Was Up on Wednesday

Why Redfin Stock Rocketed 30% This Week

Why Redfin Is Rising for the Second Straight Day