Another day, another drop in the markets -- and your stock portfolio. Yet if you're looking for a silver lining from the declines, there's a big one -- one that could benefit you for the rest of your life.

Despite all the bad press that financial innovation has gotten in recent months, one technique that's just 10 years old has helped millions of retirement savers get on the road to achieving their financial goals. And if you've seen your retirement accounts lose a bunch of value this year -- as many have -- then you may be able to take advantage of this strategy to save thousands in taxes. 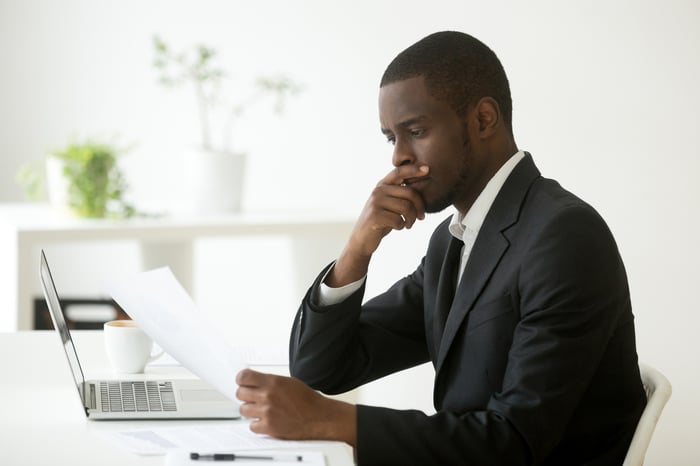 10 years of tax-free savings
Roth IRAs first came onto the scene in 1998. They pioneered a new way of saving for retirement. Before Roth IRAs came around, savers essentially had two choices. You could put money in a regular taxable mutual fund or brokerage account, paying taxes on your investment income every year, and racking up more tax liability when you sold your shares after their value had risen.

Or, you could set money aside in special tax-deferred accounts. Traditional IRAs gave you complete flexibility, but they also came with relatively low contribution limits -- $1,500 per year when they were first made available, and up to $5,000 currently. Employee 401(k) plans, on the other hand, have much higher annual contribution limits -- $15,500 in 2008 -- but with a catch: You're stuck with whatever investment choices your employer provides. Both of these options keep you from paying tax on the income you've earned until you take it out of the account, potentially giving you decades before you have to pay a penny of tax.

Read my lips: no taxes, ever
The Roth IRA, on the other hand, takes taxes out of the equation entirely. Unlike traditional IRAs and 401(k) plans, you don't get any sort of upfront tax break for making contributions to a Roth IRA -- you have to use after-tax money. But in return for giving up that tax deduction, you never have to pay income tax on the income from your Roth investments, even when you take the money out during retirement.

You can get into a Roth in two ways. First, you can make annual contributions. But the quicker way to get a lot of money into a Roth is by converting an existing traditional IRA or 401(k) account. You're eligible to convert if your income comes in under the $100,000 IRS limit.

Why now's the time
The bad thing about converting to a Roth is that you have to pay income tax on the amount you convert. It may seem silly to pay taxes when you don't need to. But there are a couple of reasons why converting now could be smart.

First, there's a strong possibility that tax rates will go up in the near future. Many current tax breaks expire after 2010, unless they're renewed. New taxes on investments may rise. If you're eligible for a low rate now, it could be cheaper in the long run to give up tax deferral and pay the tax now.

More importantly, though, with portfolio values down, you'll pay less tax than you would have. Consider, for instance, the tax cost of converting a sample stock portfolio with 500 shares each in several companies now versus 10 years ago:

Run the numbers
So, if you're eligible to convert an IRA to a Roth this year, add it to your list of end-of-year strategies to consider. As with most tax matters, it's worth talking to a professional to make sure adding more income doesn't have unintended consequences.

But for many, a Roth IRA conversion now is a good idea. But if you wait until the market recovers, you may well miss out on a great opportunity to cut your taxes forever.

For more on investing in today's markets, read about: