How much less will I get at 62 from Social Security?

Social Security has fairly complex rules governing how much it pays in benefits. In order to calculate the proper amount, the Social Security Administration looks at your entire earnings history, choosing the 35 top earning years on an inflation-adjusted basis and then taking the average indexed monthly earnings from those 35 years. The resulting average then goes through a formula to come up with the primary insurance amount. This is what you'll receive if you retire at full retirement age. 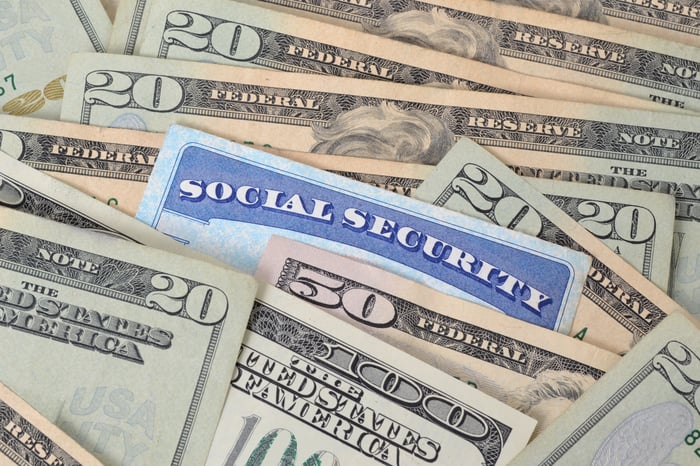 For those who were born in 1960 or later, full retirement age is 67. For these individuals, the penalty for claiming benefits at age 62 is even larger, at 30%. Those born from 1955 to 1959 have full retirement ages that go up by two months per year, and that leaves the reduction for claiming benefits at age 62 between the 25% and 30% marks on either end.

How much more can I get from waiting after 62?

By contrast, those who wait beyond 62 will get larger monthly payments. For instance, assuming that your full retirement age is 66, claiming at 63 will get you 80% of your primary insurance amount. That's a 5 percentage point improvement over claiming at 62. Each year thereafter adds 6 2/3% to your benefit, until you hit 100% at 66. Beyond that, additional years tack on 8% to your benefit, topping out at a 32% boost at age 70. The table below has figures for those of all ages. Obviously, there's a trade-off involved. By claiming at 62 rather than 70, you'll get eight extra years' worth of those smaller payments. It takes years for recipients to make up for lost time with those larger payments, and if you die before reaching the breakeven point, then you'll have missed out on some money. However, those who live longer than the breakeven point -- and right now, that includes the majority of recipients -- will get more by waiting rather than taking Social Security early.

The decision on when to take Social Security is highly personal and involves specific considerations about your own situation. But in hindsight, many people wish they had looked more closely at claiming after age 62 rather than jumping on the first opportunity to get monthly Social Security checks.

How Much Social Security Will I Get at 62? @themotleyfool #stocks Next Article
Current