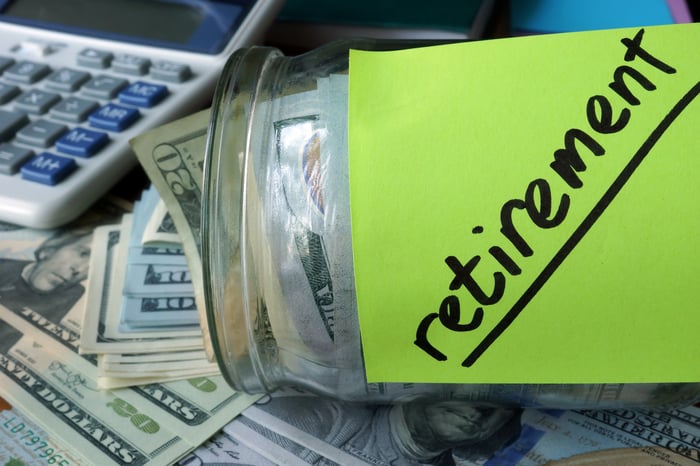 Planning for retirement is tough, and it doesn't happen by itself. It takes a lot of effort, and you'll spend much of that time trying to unearth the secrets to successful tactics that millions of retirees have learned through trial and error. Below, you'll find some of the most important tips you can use to make your retirement more comfortable and prosperous. Take a look, and see which ones you can apply to your retirement situation.

Brian Feroldi: One tip that can go a long way toward your being able to retire in style is to take advantage of as many tax-advantaged retirement planning strategies as you can. After all, paying the tax man can be a huge drag on your investment returns, so if you can minimize the hit, then you'll be able to accumulate wealth at a much faster rate.

One of the easiest ways to reduce your tax burden is to take full advantage of your employer's retirement plan. One of the more common plans offered is a 401(k), which allows you to contribute money on a pre-tax basis, thereby lowering your taxable income this year and allowing for your money to compound tax free. Better yet, many employers offer up a contribution match to entice you to enroll, providing you with free extra money to help get your snowball rolling faster.

Once you've maxed out your 401(k) contributions, I'd suggest turning your attention to IRAs. These come in two main varieties -- traditional and Roth -- and each has pluses and minuses.

Traditional IRAs act very much like a 401(k) in that you can contribute to them using pre-tax dollars. In many cases, you'll be able to lower your immediate tax bill by contributing, although income limits for deducting your contributions apply if you or your spouse are covered by a retirement plan at work. You have to pay tax when you pull money out of the account after you retire, but your money will compound in a tax-deferred manner.

Roth IRAs also come with tax benefits, but not up front. You contribute to a Roth using after-tax dollars and do not get a tax break, but in exchange your money compounds tax-free, and there's no tax on money that you take out. There are income limits for contributing, which for 2016 are $132,000 if you are single and $194,000 if you are married and file jointly, but if you exceed those limits, you may still be able to contribute using a technique called a "backdoor Roth IRA conversion."

If your goal is to retire in comfort, then be sure to take full advantage of these tax-advantaged accounts. Doing so could easily save you thousands in the long run.

Brian Stoffel: To the best of my knowledge, there's only one type of account that allows for tax-deductible contributions, tax-free growth, and tax-free distributions: a Health Savings Account (HSA).

Available to folks who have health insurance plans with a minimum deductible of $1,300 ($2,600 for families) and an out-of-pocket maximum of $6,550 ($13,100), these plans are an especially good choice for healthy folks who don't think they'll spend too much on healthcare right now. That's because you can put up to $3,350 ($6,750) tax-deductible dollars into your HSA and invest it.

Over time, those investment dollars can really add up -- all while reducing your current tax bill. You can take that money out at any time free of charge for qualified medical expenses. If you pull it out for other purposes, you'll owe a 20% tax. But doing so after age 65 will incur less of a penalty, as you'll only owe income taxes on it.

Coordinate your Social Security with IRAs and 401(k)s

Dan Caplinger: Many retirees don't hesitate to take Social Security benefits at their earliest opportunity when they turn 62, figuring that the sooner they start getting monthly checks, the easier it will be to make ends meet. However, it's important to coordinate Social Security benefits with other sources of retirement savings, especially tax-favored retirement accounts, in order to make the most of all the assets at your disposal.

Each situation is different, and the proper coordination of Social Security and retirement accounts will depend on how much you have and how much you want to withdraw. In general, though, being aware of the situation will help you address it in a smart manner, rather than falling into a trap.

Selena Maranjian: Your health and healthcare is a big part of your retirement, so as you approach the magic Medicare enrollment age of 65, consider enrolling in a Medicare Advantage plan. It's an option available to you instead of the traditional "original" Medicare package of Part A and Part B, which respectively cover hospital and medical services. Introduced in 1995, Medicare Advantage plans are offered by private insurers instead of by the government, but the government still regulates them -- and requires them to offer at least as much coverage as Part A and Part B offer. (By the way, Medicare Advantage plans are sometimes referred to as Part C.)

It's common for Medicare Advantage plans to offer more coverage than original Medicare does, often by including coverage for prescription drugs and frequently including vision, hearing, and/or dental coverage, too.

If you think you might be interested in a Medicare Advantage plan, see which ones are offered in your area, and learn more about them. Note, too, that you can change your mind and switch between plans once a year during the enrollment period.

Jason Hall: The so-called "gig economy" could be a boon for many retirees as a way to supplement your retirement income, and in several ways. After all, just because you're ready to stop showing up at the office every day doesn't mean you can't continue using your skills to generate income, and now more than ever, companies are looking to part-time and contract-based work to get things done.

This is especially true if you worked in a specialized field or profession, where your abilities and experience are still valued. You may consider consulting with your old employer, working part-time for a competitor or a small firm that can't afford or doesn't need a full-timer, or even just working with companies that need help for short-term projects.

There are a lot of other ways to make extra money today, including spending a few hours per week driving for a ride-sharing company like Uber or Lyft or selling hand-made items online, along with many others.

Not only can these things provide extra income in retirement, helping preserve your nest egg for later in life when you'll need it most, but they can help you fill the hours, stay active, and provide important social interaction. The money will help with your retirement wealth, but those other things can be just as good for your retirement health.