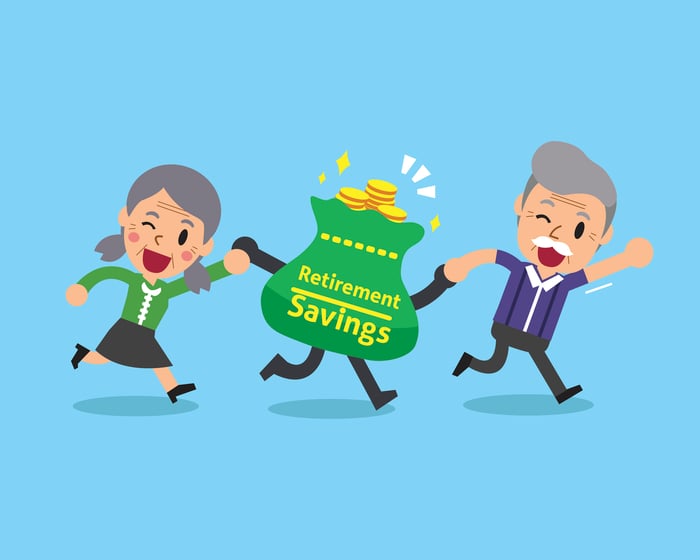 We aren't great at saving for retirement. There are lots of reasons, but it all boils down to one simple truth: We are hardwired to invest in relationships, knowing that our kin will take care of us in old age. But in today's world, we are worried we'd be too much of a burden, and instead are expected to save up hundreds of thousands of dollars to avoid this inconvenience.

The science of saving for retirement can be as simple or complex as you'd like to make it. Most people put their hands up in defeat when things get too complicated, so I aim to keep it simple. Below are three very clear rules that everyone should follow before and during retirement.

1. Use the 4% rule as a good ballpark estimate

When it comes to how much you'll have in retirement, there are essentially three streams of income.

The 4% rule deals with your nest egg. In the simplest terms, the rule says that you can safely withdraw 4% of your nest egg in Year One of retirement and adjust that number up for inflation every year thereafter. The rest is invested in an appropriate mix of stocks and bonds.

There are situations where the 4% rule might be too conservative, and others where it might actually have you drawing out too much. The most important caveat to be aware of is that if your nest egg suffers big losses within the first five years of retirement, you need to figure out a way to reduce your withdrawals until your investments stabilize.

You've no doubt heard that the average retiree should expect to spend over $250,000 in retirement on medical expenses alone. A huge part of that comes from lifetime Medicare premiums, which are taken out of your Social Security check on a monthly basis. But the shocking thing is that this figure doesn't include long-term care.

AARP has a calculator to estimate just how expensive long-term care can be if you don't have insurance. Consider a retiree in the greater Chicago area. Here's the expected yearly expenses if:

As you can see, these costs are astronomical -- they make private tuition at many colleges look reasonable! That's why buying long-term care insurance is at least worth considering. While the premiums can be expensive -- and you don't want to live impoverished to meet these premiums -- that's because they're worth it if you ever have to call upon your long-term care benefit.

This one has less to do with money, but everything to do with happiness in retirement. Wes Moss, chief investment strategist for Capital Investment Advisors and host of the Money Matters radio show, has done the research on the topic.

The important caveat is that these pursuits had to be developed before entering retirement. All too often, workers are myopic in their pursuit of career greatness, only to enter retirement and have no idea of how they should spend their time. Unfortunately, they often find it difficult to do so once they are in their mid-60s.

Follow these three and you're light-years ahead of your peers

While there's no fool-proof blueprint for the "perfect" retirement, following these three rules will generally set you up to have a healthy, happy life in your golden years.