Please ensure Javascript is enabled for purposes of website accessibility
Log In Help Join The Motley Fool
Free Article Join Over 1 Million Premium Members And Get More In-Depth Stock Guidance and Research
By Brian Stoffel - Oct 3, 2016 at 6:06AM

You can thrive on Social Security alone... if you live here. 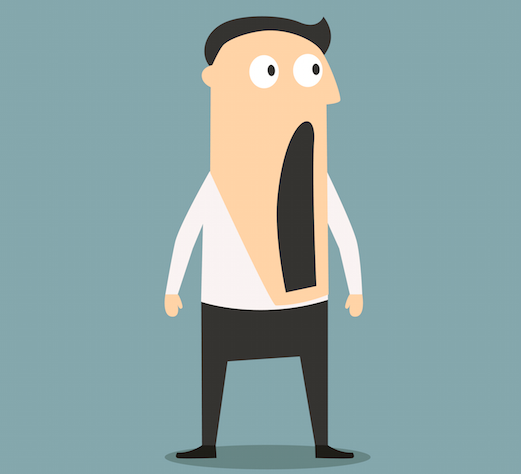 The average American household takes in $56,500 per year, according to the Census Bureau. Of that, the government will take $3,500 to help pay for Social Security. But if the same rules were in place now that were in effect in 1949, it would only cost the family $303 to chip into the program.

That's an enormous -- roughly $3,200 -- difference! And it's just one of three jaw-dropping facts about Social Security that might surprise you.

Let's explain the scenario above. Back in the 1940s, an employee was responsible for paying just 1% of his/her taxes to Social Security's Old Age, Survivors, and Disability Insurance (OASDI). And that was only up to a limit of $3,000 in taxable income (tax max) per year. Adjusted for inflation, that means that you'd owe 1% of your first $30,300 of income.

But those limits have drastically expanded. Today, you owe 6.2% of your salary to help pay for OASDI, and all of it is taxable up to $118,500.

Here's how those two key rules have changed over time.

If we use the rules in place at the time and adjust for inflation, here's how much the typical American family has owed each year for OASDI taxes--adjusted for inflation.

As you can see, since 1990, the typical household's taxes have remained fairly similar. That's mostly because the tax max eclipsed the household's earnings by 1976, and the tax rate has been steady since 1990.

2. If the program disappeared, poverty among the elderly would explode

Consider some of these statistics, provided verbatim from the Social Security Administration:

Given these statistics, it's no surprise that Social Security alone is keeping the nation's elderly population out of poverty. In fact, a study by the Center on Budget and Policy Priorities found that the number of senior citizens living in poverty in America would quadruple overnight if Social Security disappeared. 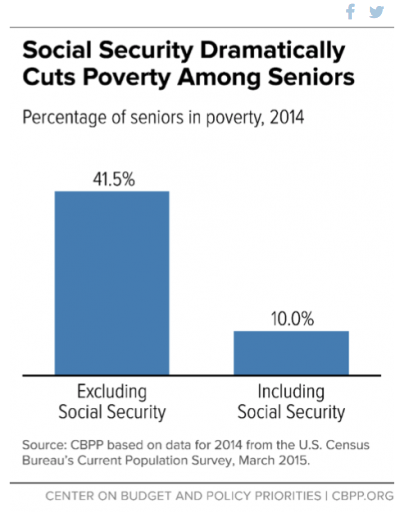 That fact alone leads many pundits to believe that when push comes to shove, there will be enormous political pressure to maintain Social Security in its current format. Senior citizens, after all, vote -- and many workers will want to see the system they've paid into for decades still be around when their golden years arrive.

3. You can live off Social Security alone... abroad

My wife and I spend half of the year living and working on a small coffee farm in rural Costa Rica. While there, we've met hundreds of retirees who are able to live comfortably on Social Security alone.

The average Social Security payment for a retired worker in July 2016 was $1,300. Based on whether each spouse worked during their prime, that means the typical retired couple brings in between $23,400 and $31,200 per year from the program.

Some can live comfortably on that income. Many can't.

A combination of warm weather, a stable democracy, lower medical costs, and a lower cost of living makes Costa Rica an ideal location for those who may not have much saved up in their nest egg.

But Costa Rica isn't alone. Puerto Rico, Chile, Panama, and Argentina are all examples of countries that have comparable life expectancies (and, therefore, comparable healthcare), lower costs of living, stable democracies, and warm weather that are worth exploring.

Clearly, it pays to do your research on Social Security. The program will have an enormous impact on your retirement, and the sooner you start researching your options, the better.