Please ensure Javascript is enabled for purposes of website accessibility
Log In Help Join The Motley Fool
Free Article Join Over 1 Million Premium Members And Get More In-Depth Stock Guidance and Research
By Matthew Frankel, CFP® - Updated May 30, 2018 at 3:27PM

Does the middle class pay too much? Do the rich not pay enough? Here are the real numbers so you can decide for yourself.

Taxes are a hot-button issue in the 2016 presidential election. Both presidential candidates have wildly different ideas about the changes that need to be made, and we've heard several contradictory claims about who's paying too much or not enough. To add some factual numbers to the conversation, here's what the average American pays in federal income taxes, as well as the effective tax rates of average taxpayers, grouped by income level.

The short answer is that the average American tax return resulted in a tax bill of $9,118. During the most recent year for which we have complete data (2014), there were about 148.6 million tax returns filed, resulting in approximately $1.355 trillion in tax liability, after applying credits. Dividing the two numbers gives us the average.

However, the averages don't tell the whole story, so let's dig a little deeper. 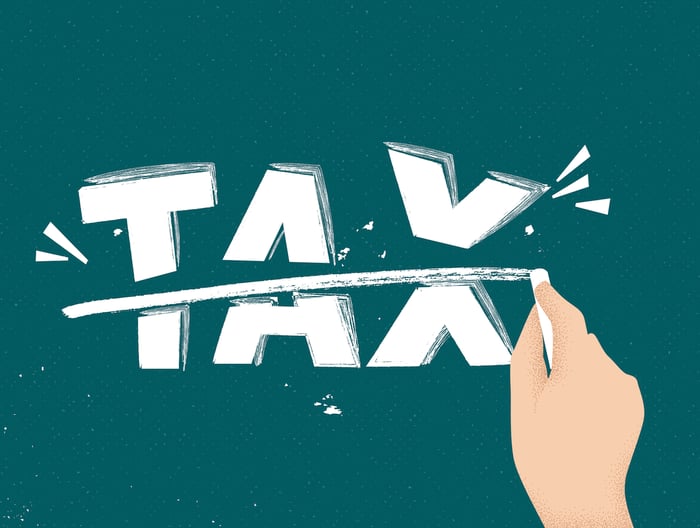 35% of Americans don't have to pay federal income taxes

Of the 148.6 million tax returns filed, nearly 36 million of them had no taxable income whatsoever. Another 16.1 million had taxable income, but didn't end up owing any income tax due to credits, deductions, and other adjustments. For example, when I was in college, I worked and had substantial income every year, however the tax credits for tuition resulted in no federal tax liability for those years, so I would have been included in this group.

In all, our $1.355 trillion U.S. federal income tax total was paid by 96.5 million taxpayers. Excluding the returns that didn't result in any tax being owed, the average tax paid in 2014 was $14,040. As you can see from the chart above, the overwhelming majority of returns with no income tax liability are in the lower income brackets, as you may expect. All but a small minority of taxpayers with AGI above $75,000 pay federal income taxes. Now, that's not to say that other folks don't pay taxes -- they do. Sales tax, property tax, and a number of other taxes and fees apply to most people.

The average tax return shows adjusted gross income of $65,751, and the average taxable return has AGI of $94,284. This makes the overall effective federal tax rate 13.9%, and translates to a rate of 14.9% among those who paid taxes.

Here's where it starts to get interesting. During this election cycle, we've been hearing a lot of talk about the American tax system, particularly that those at the top aren't paying their fair share. For example, Warren Buffett has claimed to pay a lower effective tax rate than his secretary.

In the interest of showing you the facts, here's a complete breakdown of the average income tax paid by income level, and the effective tax rate each number corresponds to. For this analysis, I've excluded returns with no adjusted gross income, as their effective tax rate, by definition, is zero. Returns with adjusted gross income, but no income tax liability, are included.

So, Americans in the higher income brackets definitely pay a higher effective tax rate than middle-class and low-income Americans in terms of their federal income tax rate (although, again, it's important to note that sales and property taxes mean that many people in lower tax brackets are in fact paying significantly higher effective tax rates). It is interesting, however, that those in the $10 million and higher income bracket actually pay a lower effective rate than the group before it.

Also, remember that these are averages. Some taxpayers within each range pay a higher effective tax rate, while some pay much less. In fact, Warren Buffett (who is in the $10 million and above group) paid an effective tax rate of just 16% last year, and is a strong advocate of setting a minimum effective rate of 30% for the richest taxpayers, a principal which has become known as the "Buffett rule."

What to expect in future years

Beyond the 2016 tax year, the data on the average American tax liability is likely to change significantly. If Donald Trump gets elected, all of the effective tax rates listed in the chart, as well as the overall average taxes paid, are likely to drop. On the other hand, if Hillary Clinton wins, the top few effective tax rates could jump dramatically, bringing the overall average up with it.