Health savings accounts are designed to help people who have health insurance policies with high deductibles to set money aside to help pay medical expenses. If you qualify to have an HSA, you can contribute up to a certain amount of money each year and deduct it from your taxes. Yet that's only the beginning of the tax benefits that HSAs offer. Let's take a look at the annual changes that will take effect for HSAs in 2017 and why you should look into HSAs if you're eligible. 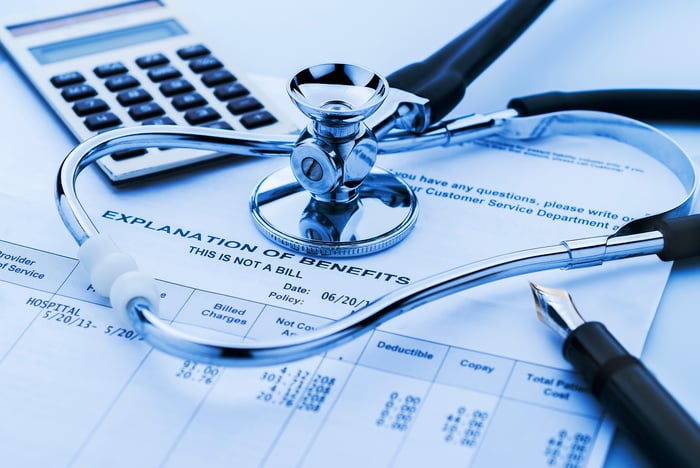 There are relatively few changes for health savings accounts in 2017 compared to 2016. Because inflation adjustments have been minimal, most of the requirements for HSAs and their related high-deductible health plans or HDHPs remain unchanged. In particular, what qualifies as an HDHP remains the same, with the same minimum deductible and maximum out-of-pocket expense limits applying as did in 2016. Only a modest change in contribution limits for self-only coverage takes effect in 2017.

Why are HSAs worth a closer look?

As you learned above, the primary benefit of HSAs is that they let you contribute money on a tax-deductible basis toward your healthcare expenses. By contrast, most healthcare expenses are deductible only as itemized deductions, and they're typically only deductible to the extent they exceed 10% of your adjusted gross income. As long as you later use the HSA money to pay or reimburse yourself for permissible medical expenses, then the distribution will be tax-free.

Some workers will be familiar with flexible spending accounts for healthcare needs, which have some similarities to HSAs. However, HSA money isn't tied to a particular year, and you never risk forfeiting your contribution if you don't use it right away. Instead, you can carry forward unused HSA money as long as you want.

Even better, HSAs are investment vehicles, and so you can take HSA money and put it to work in a similar way as you can with IRAs for retirement. In fact, HSAs combine two features that you can't find in a single IRA: tax-deductible contributions and tax-free distributions. If you start using HSAs early in life and don't actually need the money for medical expenses, you can actually build up a large nest egg for later in life when your healthcare needs are likely to rise.

Finally, some employers actually offer HSAs in connection with their own group health insurance coverage. If you have the option to choose a high-deductible health plan at work, your employer might even be willing to make HSA contributions on your behalf, adding to whatever contributions you make yourself. Some workers can end up well ahead by choosing an HSA and HDHP combination rather than regular health insurance coverage without an HSA.

Health savings accounts have unique attributes that make them attractive to many. By knowing the 2017 HSA changes, you'll be up to date on how these valuable savings vehicles work.