Here's how self-employment taxes work. See the table and example for tax rates, income limits for Social Security taxes, and how to calculate what you owe in the 2016 or 2017 tax years.

Self-employed people and business owners are responsible for paying self-employment tax, also known as SECA taxes. These federal taxes are assessed as a percentage (15.3%) of your income. The Social Security portion has a limit on how much of your income is taxed, whereas the Medicare portion does not.

If you had net earnings from self-employment of $400 or more, or earned $108.28 or more as a church employee, the IRS requires that you file a form SE with your 1040 to report your income.

The table below shows tax rates paid by the self-employed. Pay particular attention to income limitations, which apply to Social Security taxes, but not Medicare taxes.

Truthfully, "self-employment taxes" is something of a misnomer. Every worker pays these taxes in one way or another. People who work as W-2 employees pay Social Security taxes, too. They pay half the rate (6.2% for Social Security, and 1.45% for Medicare), and their employer kicks in the other half.

Because self-employed people are effectively the worker and the employer, they have to pay both sides of the tax. (When talking about employed people who receive a W-2, these taxes are called "FICA" taxes instead of "SECA" taxes, which refers to self-employment taxes.) 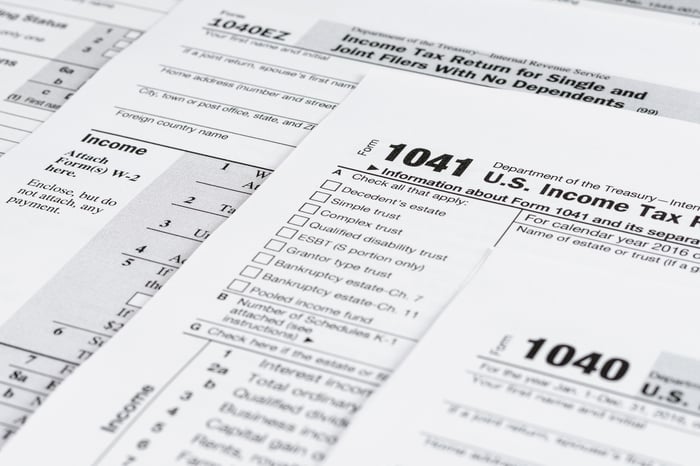 Using this $92,350 figure, I calculated the amount you would pay in Social Security and Medicare taxes.