Please ensure Javascript is enabled for purposes of website accessibility
Log In Help Join The Motley Fool
Free Article Join Over 1 Million Premium Members And Get More In-Depth Stock Guidance and Research
By Brian Stoffel - Feb 12, 2017 at 10:22AM

And it has absolutely nothing to do with money.

Saving for retirement can feel like being forced to run a marathon when all we've ever trained for was a 40-yard dash. The entire idea of retirement is brand-new to the human race; it is only within the last 50 years that the idea of living longer than you can work even surfaced. We weren't made for this.

But by borrowing heavily from a lesson in human behavior from, of all places, FedEx, I think most Americans can be properly motivated to save for retirement -- and fast. It's just a matter of how you approach the issue. 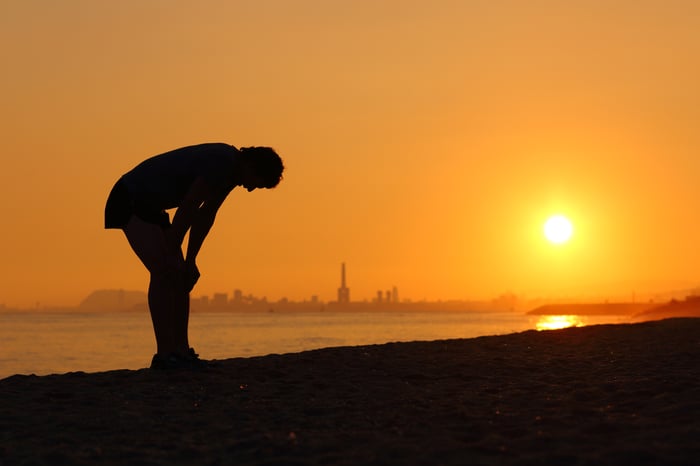 Getting the job done fast

During the early stages of FedEx's growth, there were huge logistical problems that threatened to cut the company off at its knees. Every night at the company's Memphis airport headquarters, employees were failing to get all of the packages assigned to the correct planes before early-morning departures. This was a huge problem, as it meant FedEx wasn't keeping its promise to customers of timely delivery.

Management toyed with several ideas to motivate its employees on the tarmac to move faster. First, they went with financial rewards: Groups that finished their job the fastest received a small bonus. But the bump in productivity was short-lived, as employees adjusted to the new levels of income and settled back into old patterns. Then, punishments were given a try. You can image how that one backfired.

Then, the company had a novel idea: As soon as a group finished its job and there were no signs of errors, it could leave and go home. Whether the job took eight hours or four didn't matter -- everyone would get the same paycheck. But those who worked most efficiently enjoyed much more time with family and friends.

That was a powerful motivator, and with the new policy, FedEx's logistical problems at the Memphis airport disappeared almost overnight.

Applying this to your own retirement

There's been a lot of ink spilled about Americans' general inability to save for retirement. Taken from a long-term perspective, this isn't surprising. As I mentioned at the outset, it's only been within the last 50 years that "retirement" has even entered our lexicon. For 99.9% of human existence, this idea was totally foreign. It's only natural that it would take time to adjust.

Like management at FedEx, various groups of people -- the federal government, financial planners, and the media -- have tried to figure out how to prod everyday Americans toward saving more for retirement. When it comes to replacing 75% of our pre-retirement income once we hit our Golden Years, most of us still fall miserably short.

We try scare tactics. As expected, they can provide a short-term boost. But all too often, citizens become desensitized to the message over time and just focus on the next thing to worry about. We try rewards -- showing people how much they can have if they start saving in their early 20s. But that time is so far off that it almost seems like a different life.

My biggest suggestion is simply that we show everyone the following chart, which demonstrates how retirees feel once they are able to call it quits on mandatory work.

Feelings In -- and Before -- Retirement
Create column charts

The chart comes from a study by Merrill Lynch and Age Wave. Perhaps the most important part is that the population surveyed is representative of the American populace across ethnicities, educational attainment, and income levels. Simply put, just about everyone loves life more once they've exited mandatory work.

Here's where it really matters

Why is that so important for us that are still in the workforce to see? Because it's a strong motivation for us to achieve financial independence (read: retirement) as soon as we can. Not just when we're 70, or 65, or 62, but as soon as reasonably possible.

Retirement doesn't need to mean that we don't work on anything that matters to us any more. It means that we choose what and when and how to apply ourselves in areas that give us purpose and meaning.

But it also creates a critical shift in our consumption pattern. We assume that retirement is going to be awful for most people because they won't have the same levels of income as they did when they were working. By most measures, however, people love retirement. That's because they realize they've been duped by the hedonic treadmill all along. 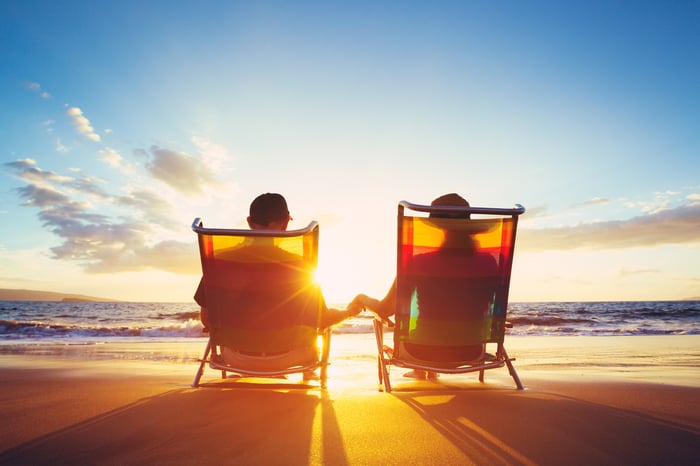 Scared of not being able to afford that really nice home? Or that new car? Or sending your child to the most expensive private school money can buy? Yea, those things will sting for a while. But give it time, and it'll wear off.

What's really important to your sustainable happiness is having freedom of time: to do the things you want to do, and see the people you want to see. That realization creates a titanic shift in your own personal finances: It cuts down dramatically on your spending, which raises your level of savings while at the same time lowering what you'll actually need to have your basic needs met.

So don't wait until 70 to retire. See if you can reach that stage in the next decade. As the retirement chart shows, it'll be a wise decision. The rest of your life is waiting for you.