Please ensure Javascript is enabled for purposes of website accessibility
Log In Help Join The Motley Fool
Free Article Join Over 1 Million Premium Members And Get More In-Depth Stock Guidance and Research
By Selena Maranjian - Mar 1, 2017 at 10:10AM

There's much more money in the world than you probably suspected. Here are some eye-opening money stats that can make you savvier about our financial world and about how to grow richer in it.

"I'd like to live as a poor man with lots of money."
-- Pablo Picasso

Money is a fascinating topic. However much we have, we generally would like more of it: We want ample savings, income, and returns on our investments. We want a fat retirement nest egg to help us sleep better in the future. Money is fascinating in many ways, too. Here are nine-plus money stats that should leave you rather impressed. 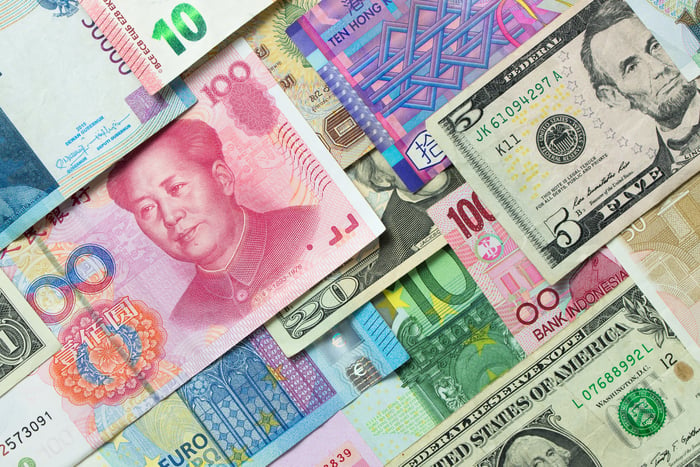 $1.5 trillion: That's how much U.S. money is in circulation, as of January -- most of it in the form of Federal Reserve notes. If you're wondering what Federal Reserve notes are and where you might see some, check your wallet. That's a fancy term for our U.S. currency.

$81 trillion: How much money is there in the whole world? It's estimated to be around $81 trillion, but that's just counting coins, bills, and bank deposits. It ignores other assets with value, such as gold, as well as investments such as derivatives.

$70 trillion: All of the world's stock markets contain about $70 trillion worth of company shares, and roughly half of that is for U.S.-based companies. That's not so surprising when you remember that we have some immense companies. Check out the recent market values of some familiar names in the following table. Just the 12 of them total more than $4 trillion in value.

$199 trillion: If you think you owe a lot on your mortgage, imagine all the world's mortgages put together, along with all other debt. It's estimated to total $199 trillion -- with nearly $58 trillion attributed to the United States.

25 years: That's how long coins typically last -- which is a lot longer than our paper currency, which has a life span of about 18 months.

75% cotton: Our U.S. paper currency is made from cotton and linen -- about 75% and 25% each, respectively. Printing our money uses more than 10 million pounds of cotton!

$1 million: That's how much you may be able to accumulate for retirement -- and you may be able to exceed that, too. You just need to save aggressively and invest effectively -- ideally, for a long time. Check out the following table to see what annual investments of $10,000 can grow to:

3%: Of course, keep inflation in mind as you engage in financial planning for your future, as it will erode your purchasing power over time. Inflation in the U.S. has averaged about 3% annually over long periods, with some years featuring relatively steep growth and recent years featuring relatively slow growth. Steep is a relative term, though, because such a thing as "hyperinflation" exists. As an example, in late 2008, Zimbabwe experienced inflation of about 98% daily and ended up issuing a $100 trillion bill. It later switched away from its own currency to the dollar for more stability, but it's not out of the financial woods yet.

The more you know about money -- especially about how it grows -- the more successfully you can plan for your financial future and amass enough of a war chest to take you through your retirement comfortably.