Please ensure Javascript is enabled for purposes of website accessibility
Log In Help Join The Motley Fool
Free Article Join Over 1 Million Premium Members And Get More In-Depth Stock Guidance and Research
By Matthew Frankel, CFP® - Updated Mar 15, 2017 at 8:04AM

If you turned 70 1/2 recently, here's one deadline you can't afford to miss.

Once you reach 70 1/2 years of age, you are required to start withdrawing money from your tax-deferred retirement accounts. And if you reached this age in 2016, the deadline to take your first required withdrawal is just weeks away. The penalties for failing to take your required minimum distribution (RMD) on time are extremely harsh, so this is one smart financial move you definitely want to make.

The deadline for your first RMD is coming up fast

If you have a tax-deferred retirement account, such as a traditional IRA or 401(k), you are required to start taking required minimum distributions, or RMDs, after you reach 70 1/2 years of age. Generally speaking, Americans older than 70 1/2 must take their RMD by Dec. 31 of each year, but there is a special rule for people who need to take their first one. 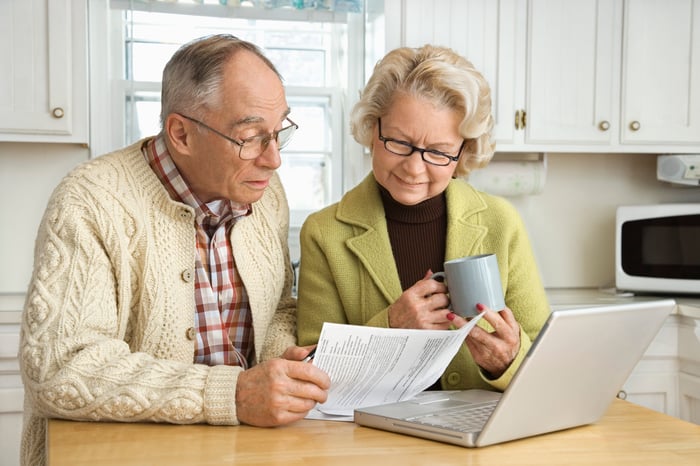 Specifically, if you reached 70 1/2 age in 2016, you need to take your first RMD by April 1, 2017. (Note: RMDs are also commonly referred to as minimum required distributions, or MRDs. Both abbreviations mean the same thing.)

However, it's important to be aware that April 1 falls on a Saturday in 2017, so the last day to sell stocks, fund, or bonds to free up cash to withdraw is effectively Friday, March 31.

The amount you need to withdraw each year is based on your account value and your age. The current RMD laws state that the account's value at the end of the preceding year is divided by the owner's distribution period, which is found on the IRS's actuarial tables. Most retirees use the Uniform Lifetime Table, which you can find here, but there's a special table to use if the sole beneficiary of your account is your spouse who is more than 10 years younger than you.

Better yet, here's a calculator from Fidelity that can help you determine how much you need to withdraw before the deadline.

It's also important to note that if you have more than one retirement account subject to RMD requirements, you must calculate a RMD from each account, but can choose to take your RMD from just one account or several. You can also choose to withdraw the required amount as a lump sum or spread it out as a series of payments, as long as the entire amount is withdrawn by the deadline.

Whatever you do, don't ignore your first (or any other) RMD, as the penalties are some of the harshest the IRS assesses for anything. Failure to take your full RMD for a year results in a penalty of 50% of the amount not withdrawn. In other words, if you're required to withdraw $20,000 from your 401(k) before April 1, and you only withdraw $10,000, you can be assessed a penalty of $5,000 -- half of the other $10,000 you were supposed to take out.

According to data from Fidelity, 43% of the company's investors eligible to take their first RMD in 2016 had not done so by the end of the year (including 40% who hadn't withdrawn anything at all), so it's safe to say that many people still need to withdraw money from their accounts before the April 1 deadline.

While it may seem inconvenient to sell investments and withdraw money from your retirement accounts, especially if you don't need the money, it's certainly better than just handing a chunk of your hard-earned retirement savings to the IRS.