Please ensure Javascript is enabled for purposes of website accessibility
Log In Help Join The Motley Fool
Free Article Join Over 1 Million Premium Members And Get More In-Depth Stock Guidance and Research
By Maurie Backman - Apr 25, 2017 at 11:18AM

If you're looking to boost your retirement savings, an IRA can help. Here are some key points about IRAs to be aware of.

Though IRAs have been around for more than four decades, many people are still ill-informed about how they work. In a recent TIAA study, more than half of Americans admitted to not knowing the difference between a Roth and traditional IRA. If you're nearing retirement, it's especially critical that you get your facts straight, as you may come to rely on your IRA as a crucial source of income down the line.

A good 41% of workers aren't offered an employer-sponsored 401(k) plan. All workers, however, get the option to contribute to an IRA, yet only 33% actually have an account open. If you don't have access to a 401(k), it's all the more vital that you take savings matters into your own hands. You can open an account by visiting a bank or traditional brokerage firm, and our IRA Center is loaded with information to help you get started. 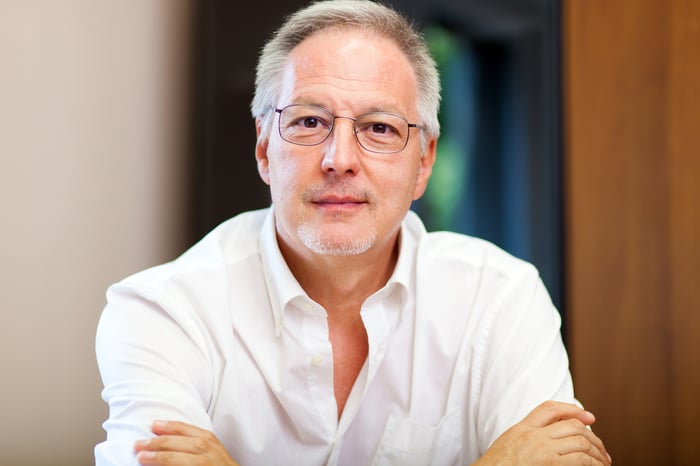 2. Not all IRAs are created equal

The most common IRA varieties are the traditional and the Roth, each of which comes with its own unique benefits. Traditional IRA contributions are tax-deductible the year you make them, but withdrawals are taxed as ordinary income in retirement. Roth IRA contributions, meanwhile, are made with after-tax dollars, so there's no immediate tax savings, but come retirement, withdrawals are taken tax-free. Furthermore, while traditional IRAs impose required minimum distributions once you turn 70 1/2, Roth IRAs allow you to keep your money invested indefinitely.

Roth IRAs offer far more flexibility on withdrawals than traditional IRAs. With a traditional account, you'll face a 10% early withdrawal penalty for removing funds prior to age 59 1/2 unless you happen to qualify for an exception. Roth IRAs, on the other hand, allow you to access your principal contributions at any time and for any reason, no questions asked (though you may face a penalty if you withdraw the interest portion of your account balance early).

Another key difference between the two is that making too much money could render you ineligible for a Roth. Currently, single tax filers earning $133,00 or more and joint filers earning $196,000 or more aren't allowed to contribute to a Roth directly. If your income exceeds these thresholds, you can look into converting your traditional IRA to a Roth account.

If you're nearing retirement, here's a piece of good news: You can contribute $1,000 more per year to your IRA than your younger counterparts. While Americans under 50 are limited to a $5,500 contribution per year, those 50 and older can contribute up to $6,500 a year. If you save that extra $1,000 per year for 15 years and your investments generate an average annual 8% return, you'll wind up $27,000 richer for having taken advantage of those catch-ups.

Even if you have a 401(k) plan, you're allowed to fund your IRA simultaneously. Whether you'll get a tax deduction out of the deal, however, will depend on your income. If you have a 401(k) and earn less than $62,000 as a single tax filer, you can deduct your IRA contributions in full. The same holds true if you're married filing jointly with an income of $99,000 or less. Additionally, if you don't have a 401(k) but your spouse has one through his or her employer, you can still take a full IRA deduction if your combined income is $186,000 or less.

Given the number of near-retirees with no savings whatsoever, having a $165,000 IRA balance to show for is fairly respectable. That said, when you divide that sum over a 25-year retirement, you're looking at just $6,600 a year, or $550 a month, of income. Granted, that's in addition to whatever Social Security benefits you're eligible for, but if we add in the average current monthly benefit of $1,360, that's still only $1,910 a month, or $29,520 a year, to cover your senior living costs. If your IRA balance falls below or is hovering around the average, you might seriously consider postponing retirement and working a few extra years to boost your savings while you still can.

As you near retirement, it pays to read up on IRAs and make sure you're taking full advantage of your savings options. The more information you have, the better equipped you'll be to make smart choices for your retirement savings.