Please ensure Javascript is enabled for purposes of website accessibility
Log In Help Join The Motley Fool
Free Article Join Over 1 Million Premium Members And Get More In-Depth Stock Guidance and Research
By Dan Caplinger - Apr 29, 2017 at 8:55AM

Investments that can stand the test of time are invaluable.

The simplest investment you can make is to buy a stock that you'd be comfortable owning forever. Rather than keeping a tight rein on a stock and always being ready to pull the sell trigger, a long-term investment lets you pay attention to important trends that could define the future of a business years down the road. That's why choosing stocks with the idea of owning them indefinitely is such a valuable tool, and although Disney (DIS -0.71%), Starbucks (SBUX -1.73%), and JPMorgan Chase (JPM -0.48%) face plenty of risks in their businesses every day, they've already demonstrated their ability to survive tough periods and find new ways to thrive.

The company that began as the Disney Brothers Cartoon Studio has a history that dates back nearly a century, where two brothers worked on a series of combined live-action and animated films. From there, Disney has evolved into a multimedia empire, with its movie studio spurring the development of groundbreaking theme parks that are popular the world over. Television networks have expanded Disney's exposure, and retail outlets have taken full advantage of the House of Mouse's popularity to produce additional sales.

The entertainment industry changes very quickly, and it can seem like an impossible task for one company to keep up. Yet Disney was early to realize that the most important commodity in entertainment was content, and it has worked hard with partners throughout the industry to make sure that it can acquire, produce, and distribute high-quality content in whatever way is most popular. From traditional cinemas to big-screen theaters, from cable television to streaming on mobile devices, Disney has shown an ability to roll with the times and keep offering the movies, shows, and experiences that people across the globe want to have. 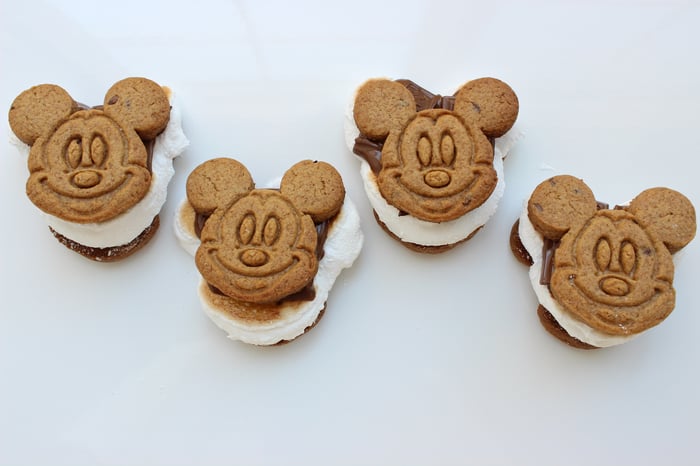 Starbucks hasn't been around as long as Disney, but the Seattle-based company helped transform the way Americans drink coffee. Just like fast-food pioneers in the 1950s incorporated themselves into the way that people thought about eating, Starbucks saw the opportunity to bring the European coffeehouse concept to the U.S., and the thousands of locations that Starbucks now has both domestically and abroad are a testament to the success of its efforts. From its humble roots at Pike Place Market, Starbucks has legions of loyal customers willing to wait in long lines for their morning beverages.

Along the way, Starbucks has found ways to overcome obstacles. Even during the 2008 recession, when it seemed as though small luxuries like $4 lattes might become a thing of the past, Starbucks showed its resiliency. Now, the company is attacking the higher end of the market, seeking to cater to ultra-premium customers with its Reserve Roastery concept. Despite plenty of competition, new entrants haven't been able to match Starbucks, and an almost fanatical devotion among its key customer base ensures that the coffee giant should see more years of growth ahead.

Financial institutions have been the backbone of American growth, and JPMorgan has operations that date back to the birth of the nation. John Pierpont Morgan was a key figure in the 19th and early 20th centuries, providing financing to railroads early in their history and helping to organize key industrial giants such as General Electric and U.S. Steel. The company that bears his name now encompasses both investment and retail banking operations, and JPMorgan Chase has retained and built on its status as one of Wall Street's most influential and important financial institutions in the world.

The financial crisis did a good job of showing investors which banks were healthiest, and JPMorgan Chase did an unparalleled job of emerging from 2008's crisis in relatively strong condition. Faster than many of its peers, JPMorgan got itself back on track, and its stock now trades well in excess of the levels it enjoyed prior to the crisis. In an era in which banking regulation appears likely to wane in the years ahead, JPMorgan Chase will be in an even better position to take advantage of improving industry conditions and find new opportunities for growth worldwide.

Few stocks have the staying power to be candidates to own forever. However, JPMorgan Chase, Starbucks, and Disney have already weathered plenty of storms, and they have potential growth opportunities that should keep them young at heart in the years to come.