Please ensure Javascript is enabled for purposes of website accessibility
Log In Help Join The Motley Fool
Free Article Join Over 1 Million Premium Members And Get More In-Depth Stock Guidance and Research
By Brian Feroldi - Apr 30, 2017 at 7:13AM

Are you thinking about claiming benefits as soon as you possibly can? Here are three reasons you might want to reconsider.

The year in which you can claim your "full" retirement benefits is 67, according to the Social Security Administration. However, it is possible to begin collecting monthly checks as early as age 62. Does that make it a smart idea to claim benefits as soon as you possibly can? Here are three reasons why that might not be the case. 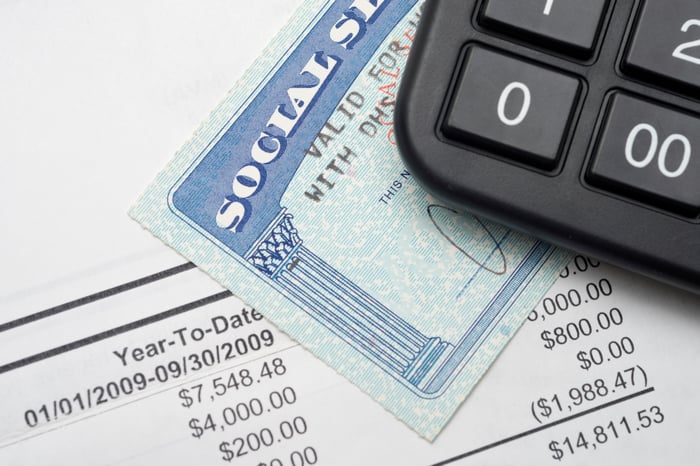 When you claim benefits before you've reached full retirement age, the Social Security Administration penalizes you by adjusting your monthly payments downward. While the exact amount will vary depending on when you were born and how old you are when you take benefits, the maximum reduction for people born after 1960 for those who claim early can be as high as 30%!

Of course, the flip side to this equation is that claiming early would entitle you to receive those checks earlier in life. Those extra payments could come in handy if you were in desperate need of money, or in poor health. Under those scenarios, it might make sense to start taking benefits as soon as possible, even if the math suggests it's better to wait.

2. You're not the only one who will be affected by your decision

Another factor to keep in mind is that Social Security is designed to provide income to retirees and their survivors. That means your decision on when to claim benefits will affect the amount of money your survivor receive, too. In fact, the Social Security Administration actually takes a bigger bite out of spousal benefits than they do on a primary worker's benefits. If you are born after 1960 and claim spousal benefits at age 62, then your spousal benefits can be reduced by as much as 35%!

Here's another scenario to keep in mind. Imagine you claim benefits as early as possible. Then, just a few years into your retirement, you suddenly pass away. When this happens, your spouse is allowed to start collecting 100% of your monthly benefit as a survivor benefit, but he or she will be locked into that monthly benefit amount for the rest of his or her life. That might not be a problem if they only survive you by a few years, but imagine what the financial ramifications would be if they outlive you by a few decades. That's why it's important to factor in your spouses' health in addition to your own before you decide when to claim.

If you watch the news, you are likely acutely aware that the Social Security program isn't exactly in tip-top financial health. Many politicians and news outlets have pointed out that the system was designed in an era when retirees lived far shorter lives. For that reason, there are concerns that the system will eventually run out of money. That fear might cause some retirees to want to take benefits as early as possible so they can capture a benefit before the system collapses.

While it is true that the system does have flaws, and that future beneficiaries might be forced to take a reduction in benefits, current retirees won't have to worry about anything drastic happening for almost 20 years -- if ever in their lifetimes. That's because Social Security has a trust fund in place that is projected to keep the current system afloat until 2034.

Even in 2034, it is doubtful anything truly drastic would happen to the program. That's because Social Security is so incredibly popular that it could stay afloat indefinitely if just a few small tweaks are instituted. Proposing drastic actions would likely be political suicide for whoever is in office. That means small and gradual changes are likely to be the most realistic option.

So, if you're thinking about claiming benefits early because you're worried the program will eventually default out of money, I'd suggest you reconsider your decision.