Please ensure Javascript is enabled for purposes of website accessibility
Log In Help Join The Motley Fool
Free Article
Join Nearly 1 Million Premium Members And Get More In-Depth Stock Guidance and Research
By Matthew Frankel, CFP® – May 27, 2017 at 7:02AM

Even though they don't need the money, many billionaires do get retirement benefits from Social Security.

Although they don't really need it, many billionaires do qualify for and receive Social Security retirement benefits. Even Warren Buffett, one of the richest men in the world, collects a Social Security benefit.

You may think billionaires generally qualify for the maximum possible Social Security benefit, and in many cases, you'd be right. However, because of the nature of the Social Security program, that's not always the case. 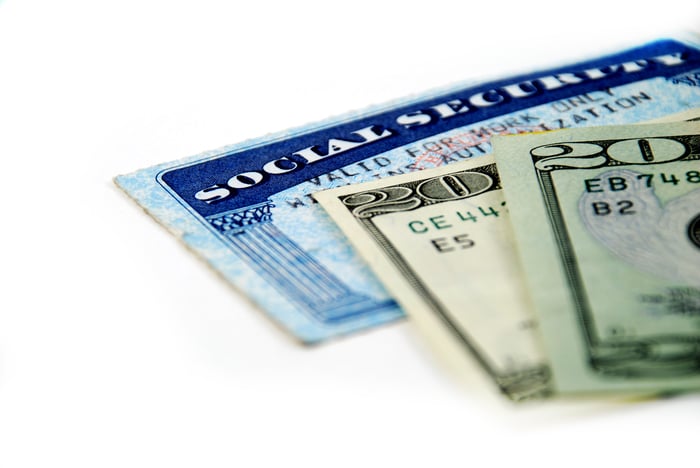 The maximum Social Security benefit in 2017

Social Security is calculated by looking at all of your earnings throughout your career, and adjusting each year's total to account for inflation. Your 35 highest-earning years, up to each year's Social Security taxable maximum earnings, are then averaged and divided by 12 to determine your lifetime average monthly earnings.

Once your monthly average is determined, it is then applied to a formula:

So, as long as a billionaire's income was greater than the maximum taxable Social Security wages in each of at least 35 years, he or she would be entitled to $2,687 per month at full retirement age, or as much as $3,547 if they wait until age 70 to claim their benefit.

In other words, if a billionaire inherited their fortune, and their only source of annual income throughout their lifetime was interest and dividends on their investments, it's entirely possible that a billionaire wouldn't qualify for Social Security at all.

To qualify for a Social Security retirement benefit, at a minimum, you need to have at least 40 quarters (10 years) of income from a covered occupation.

Finally, if a billionaire had earned income for more than 10 years, but fewer than 35, he or she would be entitled to a Social Security retirement benefit, but one that's less than the maximum.

Should billionaires get Social Security?

Another frequently debated issue is whether or not billionaires and other wealthy individuals should be entitled to Social Security benefits.

It's no secret that Social Security isn't in the best financial shape right now. In fact, if nothing is done, the program's reserves are expected to be depleted by 2034, at which point across-the-board benefit cuts will be necessary.

One potential way to help boost Social Security's finances would be to "means-test" benefits, which means reduced or even eliminated benefits for retirees who didn't need the money. Since more than 47,500 millionaires receive Social Security benefits totaling $1.4 billion annually, this could certainly help fix the program's long-term viability.

Having said that, it's important to mention that the idea of any Social Security cut (including means-testing) is widely unpopular, so I don't see this as a particularly likely scenario. However, it's certainly a possibility, especially with a Republican Congress and a Republican in the White House.