Whenever you're striving toward a financial goal, it's helpful to have a number in mind. That's why the 4% retirement rule is so popular among retirement savers: It gives you a way of figuring out exactly how much money you should aim to save toward retirement. Yet there are several ways in which the 4% retirement rule falls short of working perfectly, and some investors feel more comfortable merely using the rule as a starting point and then looking to improve on it.

The appeal of the 4% retirement rule

People like the 4% rule because of its simplicity. To figure out how much you can afford to withdraw from your retirement savings, just multiply it by 4%. You can use the rule to reverse-engineer how much you need to save. If you expect to need $40,000 per year in retirement, then save $1 million, because 4% of $1 million is $40,000.

The 4% rule does have analytic origins, going back to research in the early 1990s that looked at the historical returns of various types of investments. The conclusion of the research was that with a balanced portfolio between stocks and bonds, you could start by taking 4% of your savings the first year, and then increasingly that amount by the rate of inflation every year after that. So as an example, if you saved $250,000 in your retirement account, then the first year, you'd withdraw $10,000. If inflation was 3%, then in year 2, you'd withdraw $10,300. Subsequent payments would grow with inflation, keeping your theoretical purchasing power constant. If you did that, according to the research, you would be able to make your money last at least 30 years into retirement. 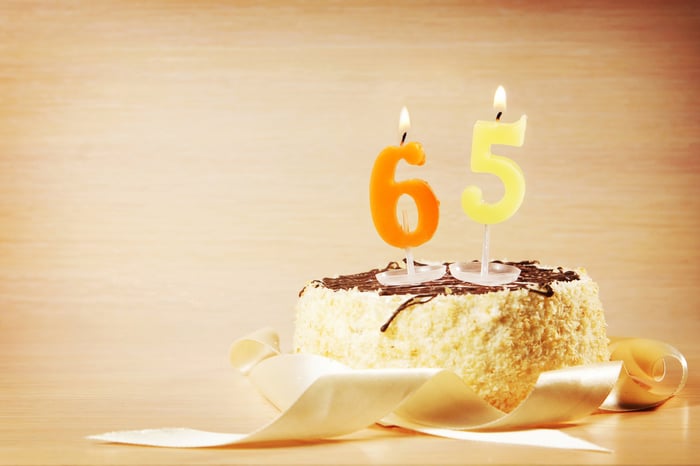 Some problems with the 4% rule

The seeming simplicity of the 4% rule hides some flaws. The first is that it's based entirely on backward-looking performance data. Admittedly, the analysis included some very tough market environments, including the Great Depression. However, there's no guarantee that future markets might not be worse, and that could lead to the rule no longer working as intended. In particular, bad performance early in retirement has an especially adverse impact on the 4% rule, because the reduction in principal value increases the percentage of your entire portfolio that you withdraw each year. For instance, if you withdraw 4% the first year and then your portfolio loses 50% of its value, then the next year's withdrawal under the rule will be around 8%.

In addition, there are reasons to believe that current market conditions differ from what have usually prevailed in periods in which the rule worked well. Most notably, interest rates are extremely low, and that has reduced the amount of income that the bond side of the investment portfolio can produce. This will therefore require sales of assets to finance the withdrawal amounts in retirement. Moreover, the risk of capital losses on bond investments is higher than normal because of the low rate environment.

On the flip side, the 4% rule is too conservative in certain circumstances. Because the rule is designed to deal with a worst-case scenario, it is usually far more cautious than it needs to be. That means you'll have money left over at your death, and while that might be useful for your heirs, you might have missed out on a more secure retirement by not spending as much as you could have.

Can you improve on the 4% rule?

Researchers have looked at the question of how to get better results from the 4% rule. Some of the proposed changes include the following:

As a starting point, the 4% rule is a useful way to estimate how much you'll need when you retire. By understanding its limitations, you can look at making refinements that will more accurately reflect your own personal retirement savings needs. That way, you'll have a retirement strategy that will work best for you.