Please ensure Javascript is enabled for purposes of website accessibility
Log In Help Join The Motley Fool
Free Article Join Over 1 Million Premium Members And Get More In-Depth Stock Guidance and Research
By Dan Caplinger - Jun 20, 2017 at 6:21AM

Find out which legal obligation neither president has met.

Donald Trump and Barack Obama probably don't agree on many things, and their views on Social Security reflect very different approaches to the system. Yet at least in one respect, the two U.S. presidents agree on Social Security: Neither one's administration met its legal responsibility to have the trustees of the Social Security Trust Fund issue their annual report in a timely manner. With the report already more than two and a half months late, it's unclear whether President Trump will end up doing a better or worse job than President Obama did in getting information to the public about Social Security's financial prospects.

What the government is supposed to do

Every year, the trustees of the Social Security Trust Fund are required to give a report about what's happened with the program's finances. In particular, Section 201(c)(2) of the Social Security Act makes it clear that the trustees must report "on the operation of the Trust Funds during the preceding fiscal year and on their expected operation and status during the next ensuing five fiscal years." 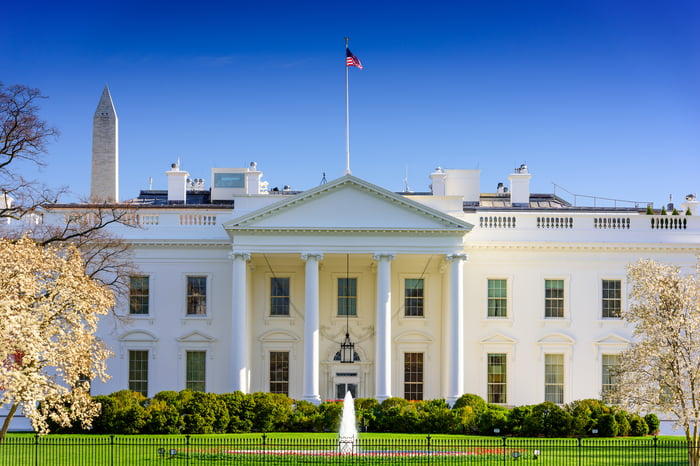 The law goes on to specify exactly what needs to be included in the report. The Trustees Report has a statement of trust assets as well as disbursements made from the Trust Funds. It needs to include estimates of future income and payments for at least the next five years, as well as an update on the actuarial status of the Trust Funds. The Trustees must make a statement about whether the two Social Security Trust Funds are in close actuarial balance, with an actuarial opinion from the federal government's chief actuary that the methodology and techniques used are generally accepted and use reasonable assumptions and estimates.

The federal law also mandates a timeline for the trustees to make their report. If the report is made later than the first day of April, then it's considered late under the provision. However, there's no stated penalty for being late in the law.

A history of tardiness

In President Obama's eight years in office, the Social Security Trustees -- which include the secretaries of the treasury, labor, and health and human services, as well the commissioner of the Social Security Administration -- never issued their report on time. The best effort they made was in 2012, when the report was sent to Congress on April 23. Their worst offense came in 2010, when the report wasn't transmitted to lawmakers until Aug. 5.

Meanwhile, President Trump has already missed the April 1 deadline, and it's unclear when the 2017 Social Security Trustees Report will be available. As with all incoming administrations, the need to confirm cabinet members led to some discontinuity in the months leading up to the deadline. Treasury Secretary Steve Mnuchin wasn't confirmed until Feb. 13, and Tom Price wasn't confirmed to run Health and Human Services until Feb. 10. With the failed nomination of Andy Puzder to head up the Labor Department, eventual Labor Secretary Alex Acosta wasn't confirmed until April 27. Nancy Berryhill was named acting commissioner of the SSA on Jan. 23, but the agency hasn't had a confirmed commissioner since early 2013.

Inefficiency in the federal government is nothing new, and it transcends partisan politics. With no penalty for being late with their report, the Social Security Trustees have routinely taken whatever time they judge necessary to issue a full report.

In the end, whenever the 2017 Social Security Trustees Report becomes available, it's likely to have a similar message for its readers. Last year's report included predictions that the Trust Funds would collectively run out of money in 2034, which was the same date as the previous year's report. It found that without changes, the program would only be able to pay out 77% of benefits once the Trust Funds were exhausted. Possible solutions included an immediate 2.58-percentage-point increase in the payroll tax rate or an immediate 16% cut in benefits. Waiting until later to make changes would require even more dramatic tax increases or benefit cuts.

In the battle of political rhetoric in Washington, President Trump has worked hard to distance himself from President Obama on a number of issues. However, with respect to getting the Social Security Trustees Report on time, the current president has already missed an opportunity to be more timely than his predecessor in getting vital information about Social Security to the public.