The baby-boomer generation is a massive part of the American population, made up of nearly 80 million people. This group of people is a big part of our economy, and their retirement over the next decade or so could have major implications on programs like Social Security and Medicare. With that in mind, here are some interesting statistics about baby boomers and their impact on the U.S. economy -- past, present, and future.

There are about 77 million baby boomers in the U.S.

Baby boomers are defined as people born between 1946 and 1964 in the post-World War II era. About 77 million Americans were born in this time period, making it significantly larger than the generations immediately before and after. While the millennial generation is even larger, this is still a massive group of people. 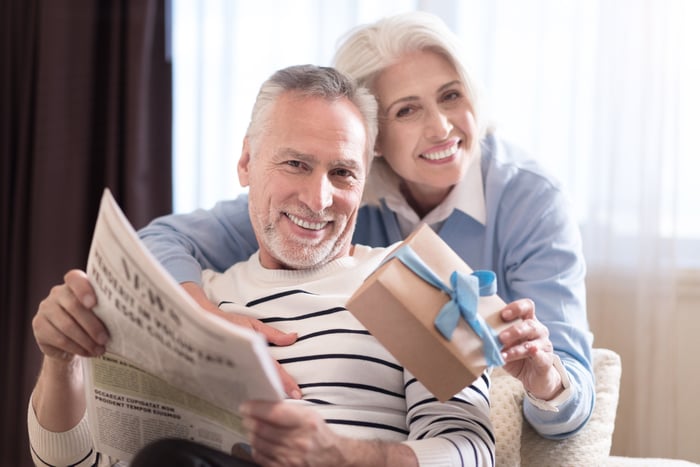 Some states have a high concentration of baby boomers

Two-thirds of Baby Boomers think preserving Social Security and Medicare for themselves and future generations is even more important than reducing the deficit, according to a Pew Research survey. Separately, in a survey by the National Academy of Social Insurance, the majority of baby boomers of all income levels and political affiliations say they would gladly pay higher Social Security taxes to fix the program's funding issues.

The majority of baby boomers support their adult children

According to a survey from the National Endowment for Financial Education, 59% of baby boomers who are parents are financially supporting their children ages 18-39. There are several potential reasons for this, such as record-high student-debt levels and a difficult job market for recent college graduates.

Lots of baby boomers plan to work past 65

Perhaps related to worries about Social Security and Medicare, as well as the abundance of financial support they give to adult children, 65% of baby boomers plan to work past age 65. However, a study by Voya Financial found that 60% of retired workers had to stop working before they planned, for reasons such as layoffs and health concerns, one of the top reasons people claim Social Security at age 62.

Baby boomers are an entrepreneurial group

Despite the common perception of the millennial "start-up" culture, baby boomers are twice as likely as millennials to start a new business. Furthermore, 45% of baby boomers consider themselves to be entrepreneurs.

Baby boomers control more than two-thirds of the disposable income in the U.S.

According to a recent survey, baby boomers are projected to have 70% of all U.S. disposable income over the next five years. Not only that, but baby boomers will inherit about $15 trillion in the next 20 years. Surprisingly, AARP finds that this group is targeted by just 5%-10% of all marketing efforts.

Baby boomers are not well-prepared for retirement

The median 401(k) balance of someone in the 55-64 age group is $177,805, according to a report from Vanguard. Using the commonly used "4% rule" of retirement, this translates to sustainable income of just $7,112 per year in retirement. Even when combined with Social Security income, this isn't nearly enough for most retirees to sustain their quality of life. Worse yet, 45% of baby boomers report having no retirement savings whatsoever.