"Many financial innovations such as the increased availability of low-cost mutual funds have improved opportunities for households to participate in asset markets and diversify their holdings."
-- Federal Reserve Chair Janet Yellen

Once you know you want to park some (or much) of your money in mutual funds, you'll likely be wondering just where to invest -- which mutual funds to invest in. Here's some advice and information about mutual funds, including how to find the top ones, for the best results. 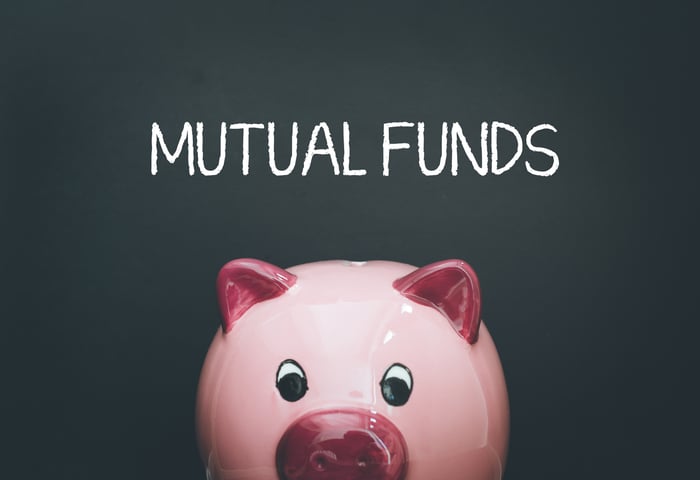 Most of us are very familiar with the term "mutual funds," but not everyone understands just what they are. A mutual fund is where many people's money is pooled and then managed for them professionally -- for a fee. If you're not a stock market whiz, you will likely be happy to have your hard-earned dollars being managed by people who have studied finance and who have investing experience. Funds also offer instant diversification, as your assets will be spread across dozens or even hundreds of stocks and/or bonds or other securities.

A mutual fund's collection of securities is its portfolio, and those who have invested in it are its shareholders. You can invest in a mutual fund directly through its company and very often via your brokerage account, as well. Most major brokerages offer access to hundreds, if not thousands, of funds. You can invest in funds through your existing IRA -- and you can open an IRA through many mutual fund companies, too. Finally, 401(k)s also offer mutual funds as investment choices. 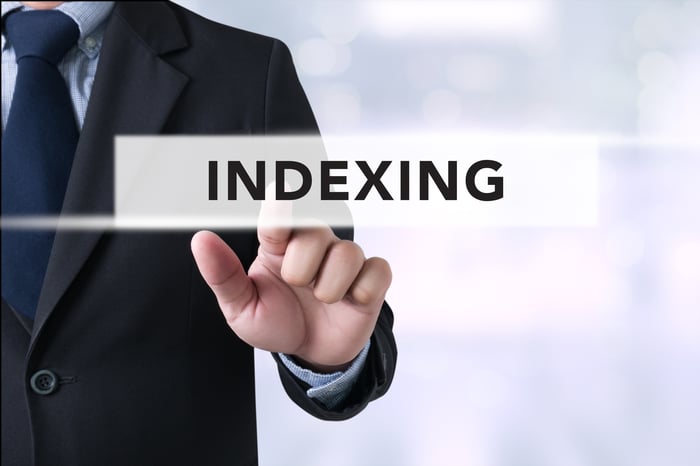 Which mutual funds to invest in -- active or passive?

There are about 9,500 different mutual funds out there, plus more than 1,700 exchange-traded funds, or ETFs, which are similar beasts. That can be overwhelming, but it helps to understand that most of them fall into various categories.

First off, know that some funds are actively managed and others are passively managed. An actively managed mutual fund will typically have a team of professional money managers who study the universe of securities they might invest in, choosing the most promising ones. They decide when and how much to buy -- and when to sell. Shareholders are paying for their expertise.

Passively managed funds, or "index funds," on the other hand, require little professional tending. They're based on existing indexes (generally stock or bond ones) and simply aim to hold the same components in the same proportion, to achieve the same returns (less fees). These funds have much lower average expenses and fees, and studies have found that over long periods, stock index funds tend to outperform the majority of managed mutual funds. According to the folks at Standard & Poor's, for example, as of the end of 2016, fully 83% of all domestic stock mutual funds underperformed the S&P 1500 Composite Index over the past 10 years. And 85% of large-cap stock funds underperformed the S&P 500. Over the past 15 years, those numbers are 82% and 92%, respectively. 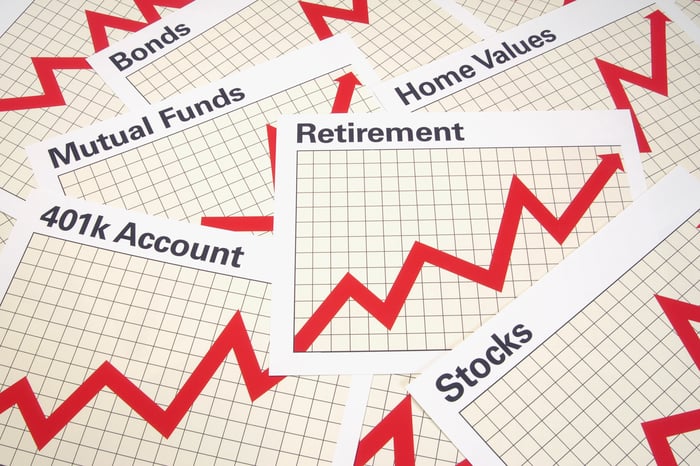 Another way to distinguish mutual funds is to consider what kinds of securities they invest in -- what they focus on. Some invest just in stocks, others in bonds, and some in a variety of asset types. Stock-centered ones are often referred to as "equity" funds, and they can focus on small, medium-size, and/or large companies. Some seek income through dividend-paying companies such as via common stocks, preferred stocks, and real estate investment trusts (REITs) and they're referred to as income funds. Others focus on interest-paying securities (such as T-bills, bonds, and notes) and are referred to as "fixed-income" funds. "Balanced" funds will typically feature both stocks and bonds. Here's where U.S. mutual fund assets, which totaled $16.3 trillion at the end of 2016, were held:

Meanwhile, "growth" mutual funds focus on stock in fast-growing companies, while "value" funds look for undervalued gems. Some mutual funds specialize in one industry or niche (such as financial services, energy, utilities, or healthcare) and others in a region (such as China, Brazil, emerging markets, Europe, Asia, or Latin America).

Mutual funds also vary in their complexity or risk. For example, some funds look for stocks that the managers think will fall, and then bet against them -- "shorting" them. Others use leverage aggressively, aiming to turbo-charge returns while also turbo-charging risk. It's important to examine any fund candidate closely, to see how it will be investing your money. 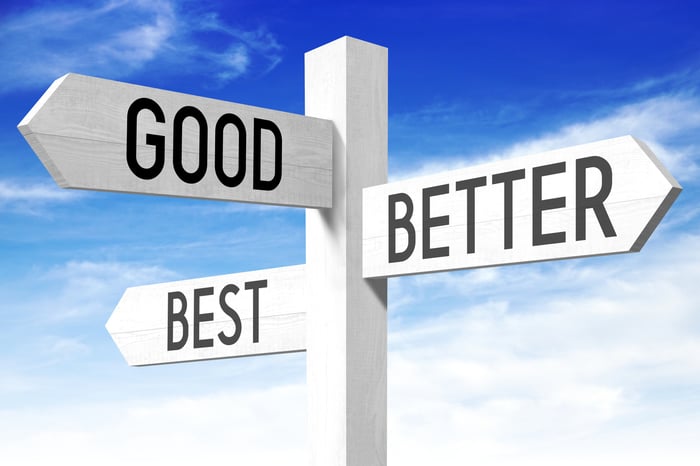 How to find the best mutual funds

The next step in investing in mutual funds is to find the most promising ones. Don't just look for the funds with the highest returns. You should review a fund's track record, but do so with perspective. A big double-digit five-year or 10-year average annual return will look great, but don't assume that it will be the norm. At Morningstar.com (and at most funds' websites), you can look up each year's return for a number of years -- and you may find that there was one outlier of a year with a huge return that's skewing the average. (Similarly, good funds worth considering can have an unusually bad year that results in a lackluster average.)

A key thing to check is fees. After all, they're what make many funds underperform indexes. Look for low expense ratios (they're annual fees) and, ideally, no-load funds (loads are sales fees). What's a low fee? Well, for some context, know that the average expense ratio (the annual fee) for stock funds was 0.63% in 2015, and it has been falling significantly for a number of years. A decade earlier, for example, it was 0.88%. For actively managed funds, the average in 2016 was 0.82%, vs. about 0.09% for index funds. (The average expense ratio for actively managed bond funds was 0.58%, versus 0.07% for bond index funds.) Here's how stock mutual fund fees have fallen over time:

Another number to check is the turnover ratio, which reflects how actively a fund's managers are buying and selling stocks. In general, the lower, the better, because frequent trading racks up trading costs that are passed on to shareholders. A fund with a high turnover might do just fine, but some studies have found lower rates associated with higher-performing funds. It makes sense, since longer holding periods can reflect managers with more confidence in their holdings as well as more patience -- key traits of successful investors.

It's also worth considering the tenure of the fund's managers. You might find a fund with a solid track record, but if its current manager is new, the track record isn't so meaningful. (You might, of course, look into the record of the new manager.) As you research mutual fund companies, you might see some noting that their employees or money managers have significant stakes in their own funds. That bodes well, aligning the interests of shareholders and fund managers.

If you find a great fund, but it's closed to new investors, know that some funds close when their managers feel that the fund has grown sufficiently large. After all, more and more money means the managers will have to find more securities to invest in and they may no longer be able to focus on their best ideas. Such funds will occasionally reopen, though, so take heart and check back now and then.

Advice about which mutual funds are best for you

The information and advice above can help you decide which mutual funds to invest in. But remember that it can make good sense to just stick with index funds, which are likely to outperform most other mutual funds. Consider, for example, the Vanguard S&P 500 index fund (VFINX). Exchange-traded funds (ETFs) can also serve you well. They're much like mutual funds, but trade like stocks, letting you invest with very few dollars. Some strong candidates are the SPDR S&P 500 ETF (SPY), Vanguard Total Stock Market ETF (VTI), and Vanguard Total World Stock ETF (VT), which will have you invested in, respectively, the largest 80% of the U.S. market, the entire U.S. market, or just about all of the world's stock market. Each offers diversification, dividends, low fees, and market-tracking performance.