Fraud is a concern for people of all ages, but it's especially hazardous to older adults. In fact, American seniors lose over $36 billion each year as a result of financial abuse, according to a 2015 study by True Link Financial.

You might assume that only a small minority of elderly Americans are taken by fraudsters, but Allianz Life recently found that roughly 37% of seniors are victims of financial abuse -- a figure that has nearly doubled since 2014. Although seniors suffering from dementia or other forms of mental decline are easier targets, they only account for 45% of the victims.

Among the people who have been affected by financial abuse, the average loss was about $36,000. For many of these victims, though, losing money is just one of many consequences of financial abuse. In the Allianz survey, caretakers reported that the seniors they cared for expressed anger, depression, guilt, and anxiety after they realized they were victims of fraud, and many of them become more isolated after the incident.

Fortunately, there are some warning signs seniors can look for to protect themselves from fraud. 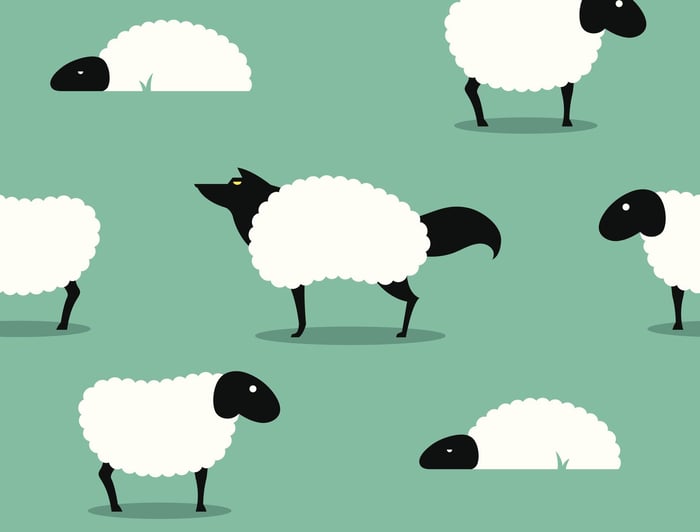 If you don't trust someone entirely, don't let them near your money

In fact, most of the time, the scammers are close to their victims. According to the National Adult Protective Services Association, 90% of people who commit financial abuse are family members, friends, or caretakers of their victims.

These scams can take many forms, but thieves typically start out by acting like they're "helping" you. They may say, for example, that they want to open a joint bank account so they can help to manage your finances. Of course, this gives them unrestricted access to your money. They may also ask for your ATM PIN in case you forget it, or they could suggest carrying your credit or debit cards for you so you don't lose them.

Sometimes, these requests are legitimate, and the friend or family member can be trusted. But if you have any concerns about this person's trustworthiness, consider it a red flag.

Getting duped by a stranger is still a risk many seniors face, although it's less common than financial abuse by a friend or family member. Some of these scams are more obvious than others. Most people know not to respond to suspicious emails from princes in Nigeria, so thieves have gotten sneakier.

Other forms of fraud, though, are more difficult to detect. For example, you may receive an email asking for donations to a good cause -- which is common after any type of disaster. The email may even look like it's from a legitimate source, and you may have no way to tell that it's fake unless you look closely at the address it came from. If you're unsure whether the request is legitimate, or if you want to be extra safe, go to the charity's website and donate there, rather than through the email.

Another common scam is when you get a call from an impostor pretending to be a family member -- typically a grandchild -- who's in trouble and needs you to send money to help. This one is so common it even has a name: The Grandparent Scam.

The scammer will research your family and learn as much as they can, including names, occupations, and city of residence. You could get a call from someone who claims to be your granddaughter Emily, saying she needs $1,000 because her car broke down on her drive back home to Wichita from Kansas State. In a more frightening version of this scam, "Emily" might say that she's been arrested and needs you to send money for bail. Not only might the scammer's story sound pretty believable, but your concern for your grandchild might override your judgement.

In this scenario, always be listening for clues as to whether the person on the other end of the line is a phony. Ask a lot of questions that only the real family member could answer, such as their favorite childhood toy or their mother's birthday. And if you have another phone handy, give your loved one a call. If they answer, you'll know within seconds whether they're actually in trouble.

No one likes to think they could be the victim of financial abuse. But the truth is that it can happen to anyone, and older adults are often prime targets. To avoid putting yourself at risk, use common sense, ask a lot of questions, and enlist the help of someone you know you can absolutely trust when you're questioning your judgement.