Reverse mortgages allow senior citizens to tap into their home equity in order to create an additional stream of retirement income. While these loans have never exactly been low cost, the government is making some major changes that might result in higher upfront costs and lower borrowing limits for most applicants.

Since most reverse mortgages are federally backed under the Home Equity Conversion Mortgage (HECM) program, it's important for anyone who may be considering a reverse mortgage, either now or in the future, to be aware of the potential impact of the changes, which go into effect on October 2, 2017. 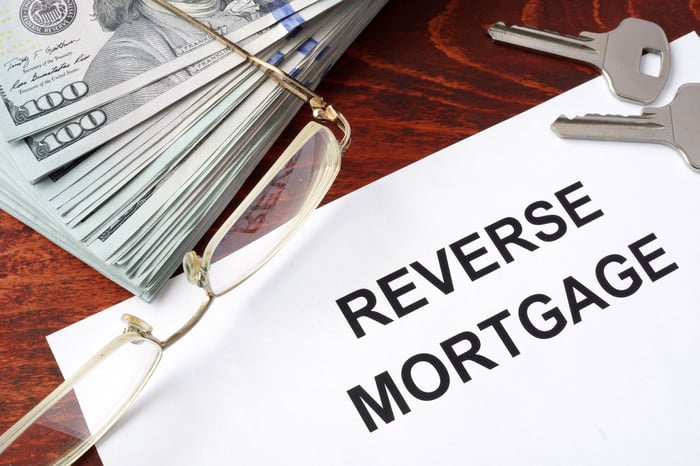 Beginning on October 2, 2017, there are three major changes that will go into effect on federally backed reverse mortgages. First, upfront mortgage-insurance premiums are changing to a flat rate of 2% from the current two-tiered structure. Currently, borrowers who qualify to draw more than 60% of their eligible loan amount in the first year pay 2.5% upfront, so these borrowers will actually save money.

However, this is the minority. Most borrowers qualify to take 60% or less of their eligible loan amount in the first year, and this group currently pays an upfront premium of just 0.5%. In other words, for most borrowers, the upfront mortgage insurance premium is quadrupling.

Second, the ongoing mortgage-insurance cost is falling for all borrowers, from 1.25% to 0.5% per year. Of the three major changes, this is the only one that's good news for most people, as it will result in a cost savings of $750 per year for every $100,000 of outstanding loan balance. This certainly helps offset the higher upfront premiums over time.

Finally, the way that maximum reverse mortgage loan proceeds is calculated is being changed. The calculation is based on the borrower's age and their interest rate, but the effect is that most new borrowers will see their potential loan proceeds cut by 10% to 12%.

Why is the government making these changes?

In a nutshell, HECM loans are federally backed, and the insurance fund that provides the guarantee isn't in the best financial condition. In fact, the fund has lost $11.7 billion since 2009. These changes represent an effort to bring the mortgage-insurance fund to long-term financial solvency.

What it could mean for borrowers

Simply put, the changes mean that most reverse-mortgage borrowers will pay more upfront to get their loans, and will be able to borrow less of their equity. Reverse-mortgage closing costs and fees are already relatively high -- in fact, in 2016 the National Reverse Mortgage Lenders Association indicated that the average borrower could expect to pay more than $8,900 in fees and closing costs on a $100,000 reverse mortgage. With the 150-basis-point increase in upfront mortgage insurance, this figure should rise by $1,500.

Sure, the reduced ongoing mortgage insurance helps make up for this, but unlike a purchase mortgage, the only time that seniors have to pay out of pocket for reverse mortgage fees is upon loan origination -- so they'll certainly feel the sting.

Finally, it's important to mention that, even though these changes don't go into effect until October 2, it's likely too late for people to rush and get a new reverse mortgage now. One of the requirements before a reverse mortgage can be originated is completion of a counseling session, which can be done in person or over the phone. Demand has understandably skyrocketed since these changes have been announced, and the latest reports indicate that most, if not all, agencies that provide counseling are completely booked.

Is a reverse mortgage a good idea for you?