Please ensure Javascript is enabled for purposes of website accessibility
Log In Help Join The Motley Fool
Free Article Join Over 1 Million Premium Members And Get More In-Depth Stock Guidance and Research
By Katie Brockman - Updated Dec 5, 2017 at 6:26AM

Reviewing Medicare plans is one of the most arduous tasks for most retirees, but it could save you thousands of dollars.

Nobody really likes reviewing their Medicare plan annually. But for some retirees, the experience is truly awful.

Nearly a quarter of Medicare beneficiaries said that reviewing their Medicare plan once a year is among their "most unpleasant things to do," along with getting a colonoscopy or going to the dentist, according to a survey from WellCare Health Plans.

And, like a colonoscopy or going to the dentist, most people put off reviewing their Medicare plan until the last minute and then get it over with as quickly as possible, or they don't review it at all. In fact, only 33% of U.S. seniors compare prices for Medicare plans, the WellCare report revealed. That compares with 54% who compare prices while grocery shopping and 44% who compare gas prices.

That's a problem, because by not shopping around to find the best plan that fits your needs, it could end up costing you thousands of dollars. 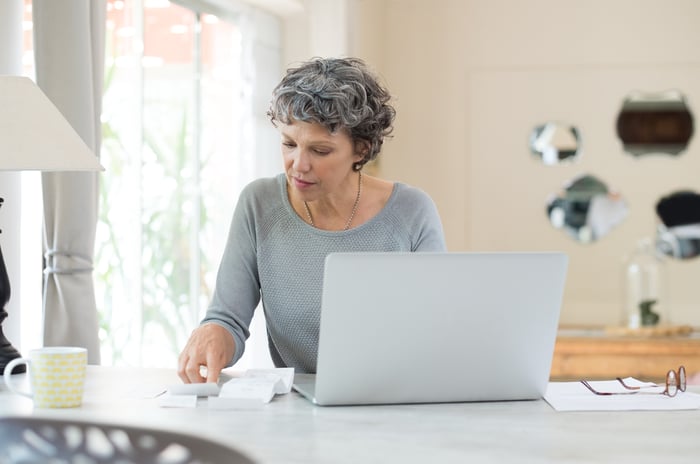 Why annual Medicare check-ins are important

If you don't make changes to your plan during the open enrollment period (which is from Oct. 15 through Dec. 7), you're locked into your current plan for the rest of the year.

If you're among the quarter of seniors who think shopping around for Medicare plans is as tortuous as getting a colonoscopy or a root canal, you may not care that you're not getting the best deal -- you just want to avoid the headache of comparing plans. However, you could be losing hundreds of dollars each month by not choosing the best plan for you.

The Senior Citizens League conducted research to compare different Medicare prescription drug plans and determine the differences in pricing. Researchers looked at 10 of the most commonly prescribed medications and discovered that the average cost difference between the highest-priced and lowest-priced plans was $593 per month.

Because prescription drug prices are not negotiated by Medicare, that's where most of the price gouging occurs. A 30-day supply of cholesterol medication Crestor, for example, can range from $27.25 to $383.50 depending on your plan, the researchers found. If you're not comparing plans (especially prescription drug plans), you may be needlessly paying hundreds of dollars extra.

What to look for in a new plan

When choosing a new Medicare plan, you shouldn't just pick the one with the lowest premium and assume it meets all your needs. Rather, there are several important factors to consider.

1. Decide whether you want traditional Medicare or a Medicare Advantage plan

Traditional Medicare consists of Medicare Parts A and B. Part A covers expenses related to hospitalization, while Part B covers other medical expenses, such as doctor's visits, lab tests, and some preventative care. Traditional Medicare doesn't cover prescription drugs, although you can enroll in Part D coverage separately. Medicare Advantage plans, then, are provided through private insurance companies, although they are still regulated by the government and are required to offer plans that are comparable to Medicare Parts A and B.

Advantage plans are simpler than traditional Medicare in one sense because they're essentially a one-stop shop for healthcare coverage, offering the same coverage as traditional Medicare along with prescription drug coverage and sometimes coverage for vision, dental, hearing, and other wellness services. But they're also more complicated because you may have dozens of different plans to choose from. Once you decide, though, whether you want traditional Medicare or an Advantage plan, you'll be able to narrow down your choices and compare a few of your best options.

2. Make sure your doctor is part of the plan

With traditional Medicare, you can typically go to any doctor or hospital that's accepting Medicare patients and be covered. If you choose an Advantage plan, though, you'll need to check the plan's network to see if your doctor is part of it. If your plan is an HMO and you visit an out-of-network doctor, Medicare won't cover it (except during emergencies or a few other rare situations). If your plan is a PPO, you can go out of network, but you may need to pay more than if you'd visited a doctor within the network.

Once you have a few plans in mind and you know your doctor is in the network, it's time to start comparing prices. Premiums, deductibles, and copays vary by plan, and choosing the right one for you will depend on what you expect to pay in healthcare bills.

If a plan has a lower monthly premium, it typically has a higher deductible or coinsurance. While nobody plans to have health issues, if you know you'll have high healthcare bills in the coming year, it pays to research premiums, deductibles, and out-of-pocket limits to choose one that makes the most sense. Similarly, if you take several prescription medications, make sure you're comparing prices for prescription drug coverage so that you're not getting gouged.

Nobody likes shopping around for Medicare plans, but healthcare expenses are one of the biggest costs seniors will face during retirement. You're already paying thousands of dollars for healthcare, so why pay thousands more by choosing the wrong plan?