Many seniors don't see it coming -- but the good news is that it's preventable.

Which sounds like more fun in retirement: going golfing everyday, or cleaning up trash on the side of the road?

According to MLAW's study "Leisure in Retirement: Beyond the Bucket List," it could surprisingly be the latter. That's because the majority of retirees say their enjoyment depends more on whom they do an activity with than on what they're doing. If the choice is between golfing alone or cleaning up trash with your kids and grandkids, most retirees will gladly throw on a pair of gloves and collect litter.

That's one aspect of what MLAW defines as "The New Social Security": "the value [that] social relationships [add] to mental and even physical health, [which] has been shown through numerous studies."

There were two other significant findings for soon-to-be retirees regarding this "New Social Security."

First, if you're married, you're likely to get the most pleasure out of being with family -- including your kids and grandkids. 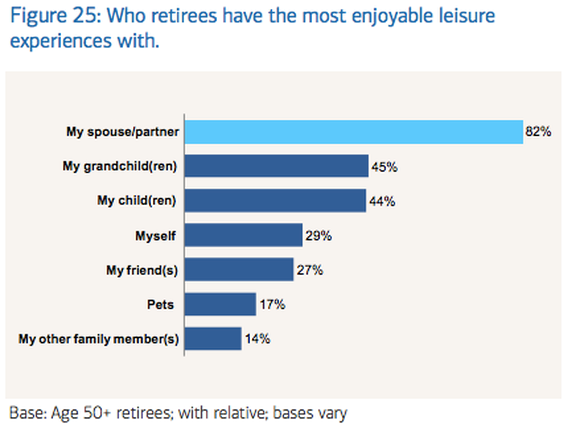 However -- and this is a key difference -- for those who were single (divorced, separated, widowed, or never married), time with friends and time alone are most valued. 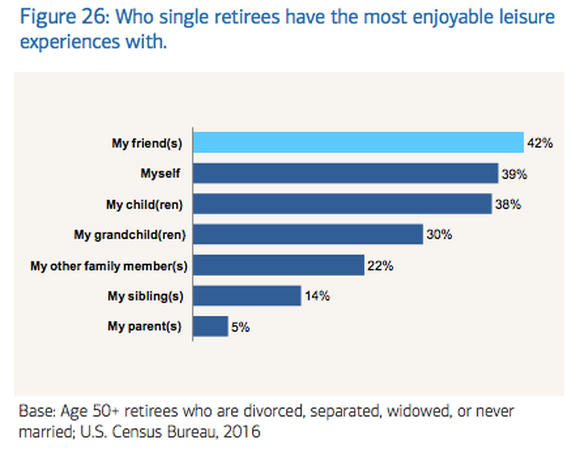 What does this mean for your finances? Continue reading.