New data shows that financial advisors think investors should be planning for a longer retirement. Are they right?

Because Social Security won't be enough to sustain the average senior, it's on us to save independently for retirement during our working years. Now when we think about how much money we'll need to accumulate in time for retirement, there are several factors that should go into the mix, and these include lifestyle goals, estimated expenses, and life expectancy. And it's the latter that many Americans might be making the mistake of underestimating.

In a Nationwide and InvestmentNews study, workers across the board estimated their retirement length at 22 years. However, financial advisors think it's prudent to tack eight years onto that figure. The question is: Are they right? 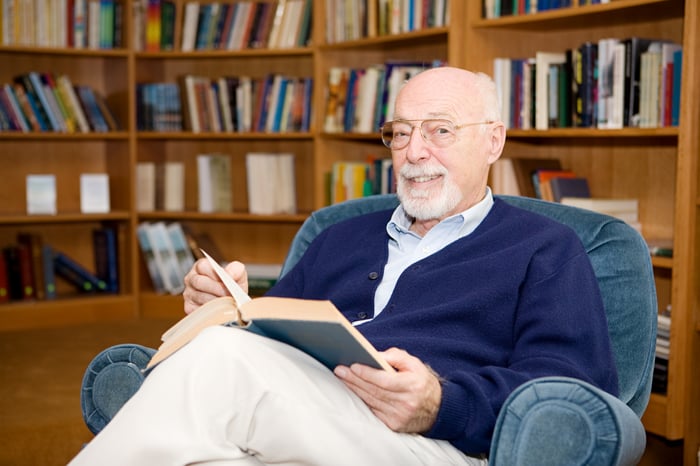 If there's one reasonably reliable source for predicting life expectancy, it's the Social Security Administration (SSA). After all, its job is to pay out benefits to millions of seniors, and that involves keeping track of how long they're likely to live. According to the SSA, the average 65-year-old man today can expect to live until 84.3. Women have a slightly longer life expectancy, so for the average 65-year-old woman, this figure climbs to 86.6. However, the SSA also says that one out of every four 65-year-olds will live past the age of 90, while one in 10 will live past 95.

Now another piece of data we do have about retirement is that 62 is the most popular age for seniors to claim Social Security. (It's also the earliest age to take benefits.) And while it is possible to file for benefits without officially retiring, it's fair to assume that a large portion of recipients who go this route end up retiring once those benefits kick in. Therefore, if we subtract 62 from the SSA's average life expectancies, we see that a 22-year average retirement is a pretty accurate estimate, at least when it comes to men. And it's also not so far off for women.

On the other hand, if we look at that 10% of seniors who will ultimately make it past 90, we can see that a fair number of folks who retire at 62 ultimately will need 30 years' worth of income. In other words, advisors may indeed be erring on the side of aggressiveness and optimism. But that doesn't mean they're dishing out bad advice.

Plan for the best

Running out of money in retirement is such a notable fear among seniors that for many, it's actually more worrisome than dying. So here's a smart approach going forward: Rather than wish yourself an early death to avoid depleting your nest egg prematurely, do yourself a favor and plan for a longer retirement. If you save enough money to cover 30 years' worth of senior living expenses, and you wind up only needing 22 years' worth, you'll have more money left over to leave to your heirs.

Of course, amassing enough savings to cover a 30-year retirement is no easy feat, but if you start early enough in your career, you stand a strong chance of meeting that goal. Wait too long, however, and you'll risk coming up short.

The longer your savings window, the more wealth you stand to accumulate -- and the greater your chances of not running out of money in retirement, regardless of how long it ends up lasting.

The next time your financial advisor tells you to plan for a 30-year retirement, you may want to think twice before shrugging off that guidance. While you may not end up needing 30 years' worth of retirement income, it never hurts to have it -- especially if you do end up living considerably longer than expected.