Please ensure Javascript is enabled for purposes of website accessibility
Log In Help Join The Motley Fool
Free Article Join Over 1 Million Premium Members And Get More In-Depth Stock Guidance and Research
By Chuck Saletta - Dec 21, 2017 at 8:15AM

Even if you're near retirement, you'll want to own stocks like these for their long-term potential.

At age 60, most people can still expect over 20 years of life ahead of them, and 40 more years is not unheard of. That's wonderful from the perspective of being able to enjoy your golden years with your family and friends, but it also means you need to remain invested for the long haul. If you're retired or soon will be, you will want a portion of your money invested in bonds to cover your near-term costs -- but the rest of your money may find a home in stocks.

Once you've reached age 60, not just any stock will do, however. You've got less time to recover from a market downturn. In addition, if you're retired, you may not be still making contributions to your accounts, so the loss from a stumble could be that much tougher to make up. As a result, you should focus your investing on companies with covered and growing dividends, solid balance sheets, decent valuations, and reasonable prospects. These three stocks fit the bill. 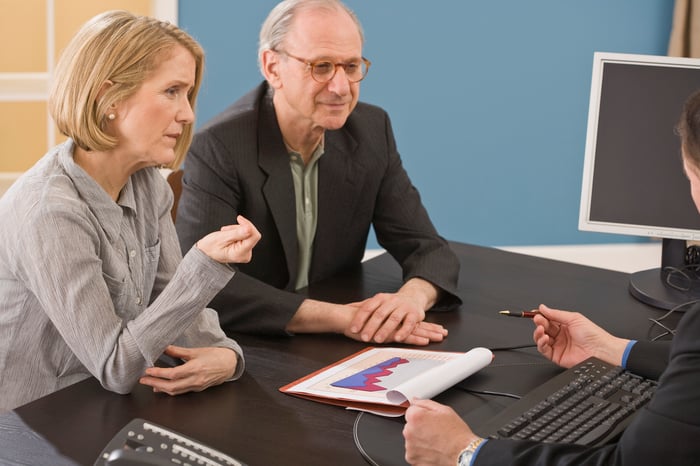 A utility company with international reach

UGI (UGI 2.31%) is a Pennsylvania-based natural gas and electric utility company that's probably better known for being the general partner of propane distributor AmeriGas (APU). UGI also has international operations throughout many countries in Europe. While UGI is not one of Wall Street's high tech darlings, it has treated its investors well, with three decades of increasing dividends.

UGI's dividend currently sits at $0.25 per share per quarter, for a yield just over 2%. That dividend is well covered, with a payout ratio of just below 40% of its earnings. That, combined with earnings that are expected to grow by around 6% annualized over the next five years, gives it a very strong chance of continuing its trend of increasing its dividend.

Trading at around 18 times expected earnings, UGI also appears reasonably priced, which should provide some comfort in this elevated market. While its shares may fall in price as the market moves, its valuation along with its utility-like operations should provide some buffer against a horrendous collapse.

In addition, with a debt-to-equity ratio of 1.2, a current ratio of 1.0, and over $550 million in cash on its balance sheet, UGI has a solid financial foundation. That should help it survive a typical recession and emerge comfortably strong on the flip side.

The healthcare titan striving to lower the cost of healthcare 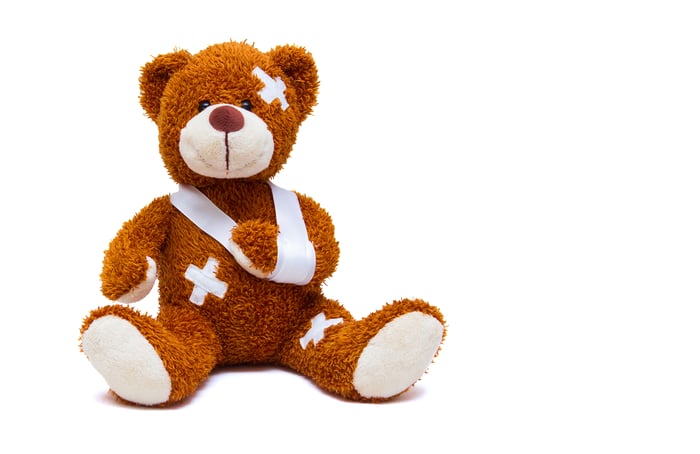 Cardinal Health (CAH 2.70%) proudly proclaims on the front page of its website, "We deliver actionable intelligence to help reduce the total cost of care in your hospital." It enables that promise through critical, though often overlooked, tools to enable smarter inventory and supply chain management. For a company that sells medical devices to proclaim its willingness to sell fewer of those devices at any given time to assure its customers have optimal inventory levels is forward thinking.

Cardinal Health has certainly rewarded its investors, with a regular dividend that has regularly increased and has never decreased since it initiated payments in 1995. That dividend represents a yield of around 2.9%, and with a payout ratio at about 53% of earnings, it has room to continue increasing its dividend over time as its business continues to expand. With earnings expected to grow by around 5% annualized over the next five years, it's not expected to be a rapid grower, but its earnings should outpace inflation.

While its growth isn't exactly stellar, the market doesn't have all that high expectations for it at the moment, either, as it's trading at less than 12 times anticipated earnings. That makes it reasonably priced for that anticipated growth and gives investors a potential upside if earnings come in ahead of expectations.

In addition, Cardinal Health has over $1 billion in cash on its balance sheet, a debt-to-equity ratio below 1.5, and a current ratio just ahead of 1.0. That gives it the financial strength to survive a typical economic downturn and still emerge strong.

The insurance company that claims the strength of Gibraltar 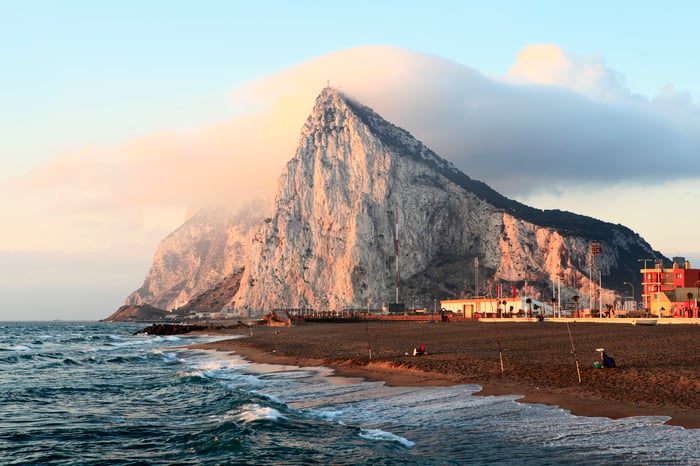 Prudential Financial (PRU 5.32%) has long used the Rock of Gibraltar as its advertising slogan, comparing its financial strength and ability to keep its promises to the strength of that famous protrusion. With a history that traces back to 1875, it has well over a century of history supporting that claim. While it's only been paying dividends since 2002, that's because it first became a public company when it demutualized in 2001. Since then, it has fairly regularly increased its payout.

Even with those regular increases, Prudential's dividend only represents about a 30% payout ratio -- a prudent level for a company that wants to protect its financial strength. Still, that dividend represents a respectable 2.6% yield for shareholders. Plus, with earnings expected to increase by around 8% annualized over the next five years, there's room for Prudential Financial to continue increasing its dividend if those earnings materialize.

Trading as it does at less than 11 times forward earnings, it appears to be a bargain price, but as Prudential Financial is in the insurance business, it runs the risk of a large unexpected casualty loss. Still, with a balance sheet that sports a debt-to-equity ratio below 0.7 and a current ratio above 1.1, along with billions of cash on hand, Prudential Financial has the financial strength its famous rock implies.