But is there really one perfect retirement age for those who want to make the most of their golden years? The short answer is that there's no one-size-fits-all approach to choosing a retirement age. However, there is a right age for you based on your unique situation. 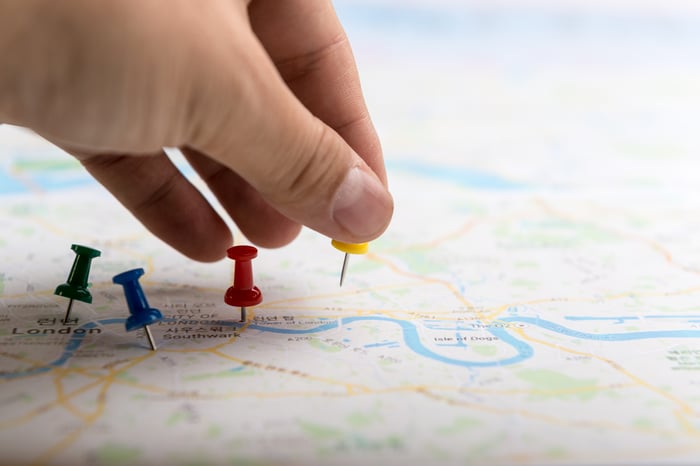 When you're deciding on a retirement age, there are a few basic steps you need to take.

It can be tricky to create a budget, though, because spending patterns tend to fluctuate during retirement. During the first two years of retirement, median household spending levels drop around 5.5% from pre-retirement levels, according to a study from the Employee Benefits Research Institute. In the third and fourth years, spending levels drop by 12.5%. Past the fourth year, however, those numbers tend to decrease as retirees begin spending more.

The study also noted that although average spending during retirement decreased, 45.9% of the households surveyed spent more during the first two years of retirement than they did before they retired. It's easy for expenses to balloon during retirement, whether because of unexpected medical bills, travel, or expensive hobbies.

To get started on a retirement budget, first take a look at your last 12 months' worth of bank and credit card statements to get an idea of how much you're spending now. Then break those costs down into essential and non-essential costs to estimate how much annual income you truly need to get by and how much "fun money" you'll have left over.

Be realistic about how much you plan to spend during retirement. If you want to travel across Europe, for example, be sure to build that into your budget. Also build a buffer into your budget to account for any unexpected healthcare bills. The size of that buffer will at least somewhat depend on your insurance plan, particularly if you have a high deductible and high out-of-pocket limit. The average amount spent on healthcare for an individual over the age of 65 is around $18,424 per year, according to a 2015 National Bureau of Economic Research report, although out-of-pocket expenses account for only around 20% of that number (or around $3,684 per year).

Keep in mind, though, that healthcare costs tend to sharply increase as you age. The NBER report also noted that healthcare expenses doubled between age 70 and 90, and the average American in their 90s spends over $25,000 per year on medical expenses (much of which involves long-term care). So, in short, there's no way to predict how much you should save for healthcare expenses, but at least you can come up with an educated guess.

The amount you'll receive in Social Security benefits will depend on the age at which you file for them. The earliest you can claim retirement benefits is age 62, although you won't receive 100% of your benefits until you reach your full retirement age -- which is between 65 and 67 depending on the year you were born.

Each year you delay taking benefits, the amount you receive will steadily increase up until age 70, when your potential benefit will reach its peak. In this example, if you claim benefits at 70, you'll receive 124% of your monthly benefit, or $1,736.

Deciding when to claim benefits is a highly personal choice. Claiming benefits early will result in smaller but more frequent checks, while waiting will give you fewer but bigger ones. This is where a little planning will be helpful in making a decision, as your anticipated longevity and financial situation both play a role in making this decision.

If you anticipate that you'll live well into your 90s, for example, it may be wise to delay claiming benefits. Those bigger checks will help to keep you afloat late in retirement, when your nest egg may be dwindling. Similarly, if you're behind on your retirement savings, those bigger checks may be worth waiting for. On the other hand, if you have plenty of money saved up and you don't need your Social Security benefits, then feel free to claim them early and enjoy a bit of extra fun money while you're relatively young. It's your decision to make, but be sure it's an informed one.

3. Use a retirement calculator

A retirement budget will help you determine how much you need to get by each year, and knowing how age impacts Social Security will give you a general idea of when to file for benefits and how much to expect. Once you have these numbers, you can plug them into a retirement calculator to create a concrete retirement savings goal to work toward.

While there's no single perfect age at which to retire, some ages will be better than others for you. By budgeting for your needs, taking Social Security benefits into account, and establishing a concrete goal, you can choose the right age for you.