A new study casts some new light on just how much older Americans rely on Social Security for their income. Although the numbers don't completely contradict earlier findings, they nevertheless provide a different perspective that could point to the ways that retirees are adapting to handle the retirement savings crisis. 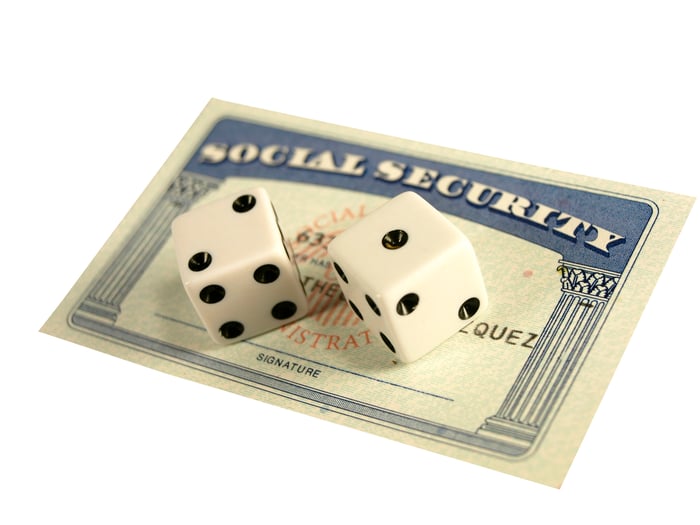 SSA stats have always painted a dreary picture of retirement

The Social Security Administration has repeatedly stated that Social Security benefits are the major source of income for most elderly Americans. Nearly 90% of those who are age 65 or older receive Social Security, according to the SSA's most recent basic facts sheet, and overall, those benefits make up about a third of the income that the elderly have.

Are things really that bad for retirees?

Yet a more recent study from SmartAsset paints a slightly different picture of the state of financial health for America's older generation. The study looked at the 100 cities that had the largest populations of residents 65 or older, focusing on families where the head of the household was 65 or older. It used Census data on income from Social Security and compared it to data on income from pension plans, annuities, insurance, and IRAs. By figuring out how much total retirement-related income these households received, the study then looked at the percentage of that total income that Social Security payments provided.

The study's main purpose was to identify those communities in which seniors relied the most on Social Security. In that vein, its findings showed that the neediest seniors often gravitated toward lower-cost areas, with many top locations scattered across the Midwest and Plains states. Even for communities in popular destinations like Florida and Arizona, there were places where those of limited means could find ways to stretch their dollars further.

Despite initial appearances, there are a few reasons why the findings of the two studies aren't necessarily inconsistent. The SmartAsset survey looked only at average numbers, and drawing conclusions solely from averages can lead to misleading findings if the distributions of individual results aren't normal. For example, if a single billionaire receives $200 million in annual retirement income, it would skew the averages enough to offset 10,000 other town residents who rely entirely on $20,000 per year in Social Security benefits. In that case, the SmartAsset survey would show an average reliance on Social Security of 50%, but the SSA would still find that 99.99% of residents relied entirely on Social Security for their retirement income.

Regardless of which study you believe paints the more accurate picture of the financial health of retired Americans, the key takeaway is that it's important to make sure that you have the outside retirement income sources you'll need to support yourself in retirement. The financial flexibility from having a retirement nest egg will give you options that those who rely entirely on Social Security simply don't have.