Please ensure Javascript is enabled for purposes of website accessibility
Free Article Join Over 1 Million Premium Members And Get More In-Depth Stock Guidance and Research
By Matthew Frankel, CFP® - Feb 11, 2018 at 7:43AM

It's a common stereotype that millennials don't save, don't budget, and spend excessively.

There's a common perception in the United States that the millennial generation is bad with money. Many older Americans seem to think millennials do a bad job of budgeting, can't save money, and are destined to fail at long-term savings goals like retirement.

However, that may all be 100% wrong. Millennials may be as good as or even better than the older generations at managing their finances, according to the recent Better Money Habits Millennial Report from Bank of America. Here's the reality of millennials' financial lives, and why the generation may not be destined for a "retirement crisis" as many would have you believe. 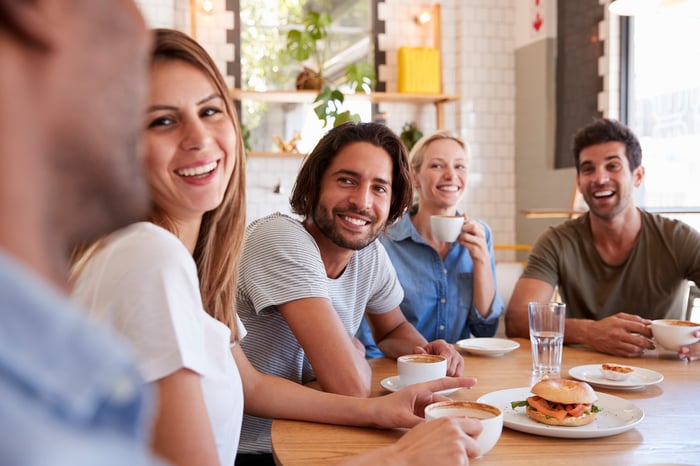 The exact definition of a millennial depends on whom you're asking, but it is generally thought of as the generation born between 1980 and 1995, or those between 23 and 38 years old in 2018.

Millennials are saving and budgeting

Despite the negative stereotypes about the "broke millennial," it seems that the millennial generation is actually doing a good job of saving and budgeting.

Millennials are also the most likely generation to be "super-savers." Almost 30% of millennials with access to a 401(k) plan at work report contributing more than 15% of their salary to the plan -- far more than older generations, according to Bank of America Merrill Lynch's 2017 Workplace Benefits Report. And significantly fewer millennials say they need help saving for retirement, although they are the most eager to learn more about financial matters such as retirement and debt management.

This certainly makes sense, as millennials have lest trust in Social Security than the older generations and generally feel as though there won't be much there by the time they retire.

They're also more assertive when it comes to growing their incomes

In addition to being rather responsible about saving and budgeting, millennials are shaping up to be the most assertive generation when it comes to making sure their cash flow continues to get better.

The millennial generation, despite the public perception, could become one of the wealthiest yet. According to UBS, millennials could be worth a total of $24 trillion by 2020, thanks to a combination of entrepreneurial activities, inheritance, and generally higher incomes. We already discussed how millennials are the most likely to ask for raises, and it's also a fact that millennials launch businesses twice as often as baby boomers. In addition, the millennial generation is going to be the recipient of one of the largest intergenerational wealth transfers in history.

When you add higher-than-expected personal savings and investment rates into the mix, it's conceivable that UBS's $24 trillion figure could even prove to be too conservative.

3 Factors You Must Consider Before Claiming Social Security