Most people eagerly await the day they can finally leave their job for good and retire, and typically, that day can't come soon enough.

The average American retires at age 63, but there's no one-size-fits-all retirement age. To help you decide whether it's time to clock out for good, here are a few signs that this is the year you're finally ready to retire. 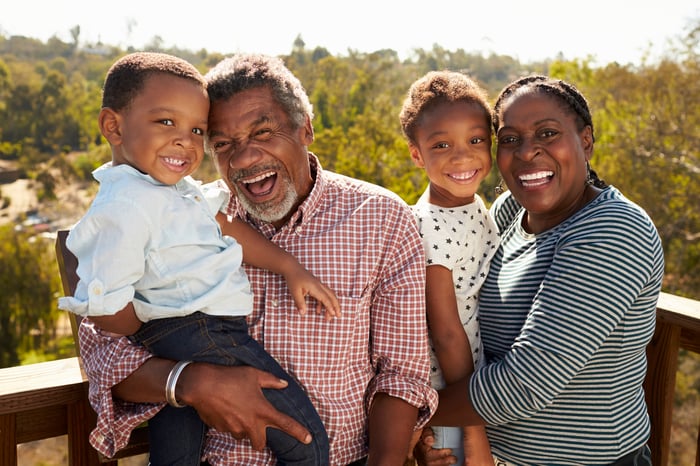 1. You've paid off all your high-interest debt

Debt comes in many forms, and some of it is worse than others. While you don't necessarily need to have all your debts paid off by the time you retire, you do want to pay off high-interest debt that could be costing you thousands of dollars.

Credit card debt, for instance, can quickly eat away at your savings. When you're living on a fixed income during retirement, the last thing you want is to be paying hundreds (or thousands) of dollars in interest. The average credit card APR is roughly 15%, and the average U.S. household with credit card debt owes around $16,000.

So let's say you plan to retire now with $10,000 in credit card debt at 15% interest. If you're putting $350 per month toward that debt, it would take roughly three years to pay it off completely -- and you'd end up paying around $2,457 in interest during that time.

If you're nearing retirement age and are still working on paying down this type of debt, it may be worth it to work another year or two to pay it off before you leave your job. Not only will the extra paychecks help you tackle your debt, but they will also help you build a bigger nest egg for when you do retire -- a win-win!

Sure, budgeting isn't barrel-of-monkeys fun, but it's necessary. A retirement budget will give you an idea of how much you'll be spending each month, which will in turn help you determine how much you'll need to have saved by the time you retire.

To create a retirement budget, first go through the last few months of bank and credit card statements to get an estimate of how much you're spending each month. Then use that as a basis for how much you'll spend each month during retirement.

And remember that your expenses will likely change once you leave your job. While you may not have to worry about the cost of commuting anymore, you may need to factor in the cost of travel or new hobbies. Median household spending tends to drop by around 12% within the first four years, according to the Employee Benefit Research Council, but then spending levels tend to creep back up after that.

Once you have a decent estimate of how much annual income you'll need in retirement, you can come up with a savings target. One relatively reliable method is to use the 4% rule. The rule of thumb is to withdraw 4% of your savings in your first year of retirement and then adjust that amount for inflation each year afterward. So if you're withdrawing $25,200 per year, assume that number is 4% of your nest egg. Multiply it by 25 (since 1 divided by 0.04 equals 25), and you'll have an estimate of how much you should have saved by the time you retire: $630,000. Keep in mind that this number is only an estimate: The 4% rule assumes you'll be spending 30 years in retirement, and it doesn't guarantee that you'll have enough money to last the rest of your life. It also doesn't factor in the continuing growth of your investments, so market volatility could alter how much you withdraw each year (for instance, if the market plummets right after you retire, you may need to withdraw less than 4% that year).

Granted, this isn't an exact science, but it will give you a rough idea of how much you'll need to have saved. If you have these numbers in mind already, you're a step ahead of most people when it comes to retirement planning.

3. Your healthcare needs are covered

Many people get so caught up in planning for the financial side of retirement that they forget about healthcare needs. While Medicare is an option, you're not eligible to enroll until you turn 65 -- so if you retire before that, you'll need to provide your own insurance for a while.

One of the easiest ways to maintain healthcare coverage is to be covered under a spouse's plan. COBRA is another option that will extend your healthcare from your previous job, though you'll likely need to pay much more than you did while you were employed. Buying insurance through the Affordable Care Act is a third choice, although premiums vary widely based on where you live, your age, and other factors.

If you're unsure of how you'll pay for healthcare, it may be wise to hold off on retirement until you're eligible for Medicare. Even if you do wait until 65 to get Medicare coverage, it's also important to make sure you know how much you'll be paying. Medicare doesn't cover everything, and you'll still be responsible for deductibles, copays, and coinsurance -- as well as a few other healthcare expenses. Having a realistic idea of how much you'll be paying for insurance will help ensure you're not taken by surprise once you retire.

You'll never be 100% certain that it's time to retire, but if you're fortunate enough to get to choose when you leave your job, a little planning can go a long way. Making sure you've thought through these three things can start your retirement on the right foot.